Supernatural Is for All Ages 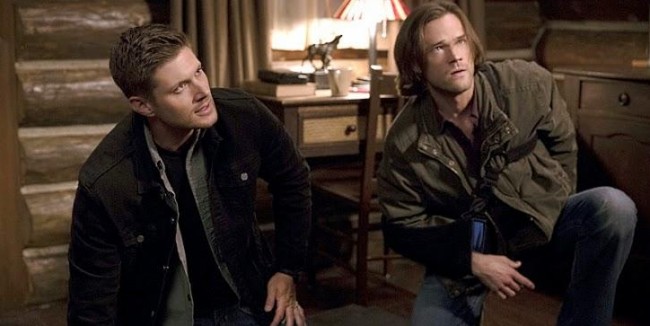 In a recent interview with the two main actors on Supernatural, they said that it is for all ages. There are people who have grown up with the show, while others are only just catching the earlier episodes of the Internet and Netflix. The benefit is that there is something that will suit all on the show.

When Supernatural first started out it was on a dying network and many wondered whether it would get past season one. Then there was a second and third season before it finally had to switch to the CW network. Since then, it has had its ups and downs but it is continually been renewed and is now on its 10th season, with its 200th episode airing just months ago. All that was possible because of the fans and the ability of the show being suitable for all.

Jensen Ackles, who plays Dean Winchester, spoke about how an older man looked at his passport and mentioned how he watched the show with his granddaughter. Something like that still takes the actor by surprise as he realizes the demographic of the show.

There seem to be many more episodes of Supernatural to come, and the actors are not quite ready to hang up their hats yet. They enjoy the roles that they have almost grown up with, and love the new storylines continually coming out. Ackles mentioned that when he read the script for the season nine finale he got giddy at the idea of it.

While it is a show for all, Supernatural is full of action. That is something that has helped the two main characters stay in shape. It seems they do many of their own stunts, with one of those jumping out of a high stained-glass window in season five.

Jared Padalecki, who plays younger brother Sam Winchester, mentioned that that season five moment was one of the toughest he has done. It was high enough for free-fall, and he had never had that feeling before.

While there are many fulfilling moments on the set, the two actors do have their own dreams and wants. Ackles mentioned that he would love to take the filming on the set. Supernatural follows two brothers as they travel the country fighting demons and mythical creatures. However, they are stuck in Vancouver the whole time. The 36-year-old actor would like to take a small crew on the road to really get the travel experience.

Padalecki mentioned that he is more than happy to sit back and see where the writers go with the episodes. The writing team have already surpassed his imagination for episodes and storylines, and he looks forward to many more of these in the future.

The benefit of Supernatural is that it is almost like a coming-of-age story. While it is of the brothers fighting against the world and everything that life throws at them, there is something that people of all ages can somehow relate to. Teens can relate to the feeling that the world is against them, while adults relate to the hardship, deaths and trouble with family. There really is something for all ages with Supernatural, and there is much more to come.