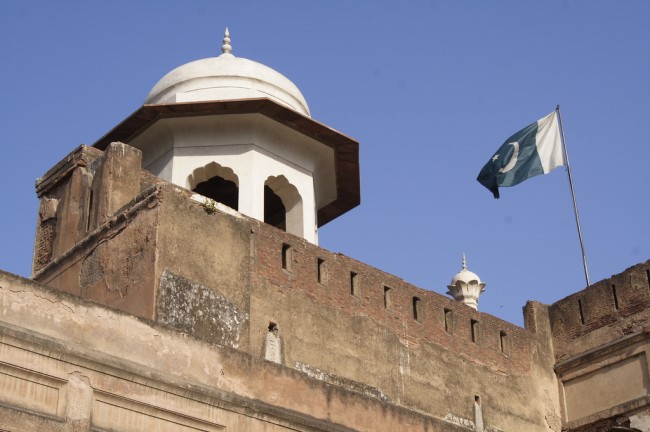 Taliban gunmen have killed 145 people at a military-run school in Peshawar, Pakistan. The gunmen stormed into the school on Tuesday, killing dozens of schoolchildren and 10 staff members, including the school’s principal, before exchanging gun-fire with security forces. At the end of the battle, all nine militants had also been killed, either by the security personnel or due to bombs strapped to their bodies.

The Pakistani Taliban have claimed responsibility for the attack, which lasted over eight hours. Taliban insurgents said the assault was an act of revenge for their own relatives who had been killed by the Pakistani army in the country’s North Waziristan district.

Students and teachers have given accounts of the siege as it unfolded. According to witnesses who spoke with Reuters, the majority of victims had been killed in the first hours of the siege during which the gunmen sprayed the school with bullets indiscriminately.

Some witnesses said the assault began at around 10 am, when nine gunmen wearing suicide vests stormed into a school building. Others said the attackers were disguised as paramilitary soldiers, and went on a rampage through the school throwing hand grenades and shooting. One witness claims the gunmen entered the Army Public School and Degree College though a “less frequently used back entrance.”

Reports suggested that about 1000 students were attending Pakistan’s Army Public School and Degree College when the Taliban stormed through and killed the 145 victims. Some of the wounded survivors have given their accounts of the attackers entering their classrooms.

School student Abdullah Jamal spoke with The Associated Press from the hospital where he was being treated for a gunshot wound to his leg. Jamal said he was learning first-aid with a team of army medics when the shooting began. He described confusion, as no one initially realized what was happening. “Then I saw children falling down who were crying and screaming,” he said.

Another student Khalid Khan, 13, was also in the first-aid class and told Reuters that two armed men wearing white clothes and black jackets entered the classroom and opened fire at the students before suddenly leaving again. Khan said the students then locked the doors from inside, but the attackers returned, breaking the doors and renewing their attack.

As news of the intrusion broke locally, desperate parents rushed to the school and to nearby hospitals seeking their children. Fifteen-year-old Jalal Ahmed struggled to speak as he told Reuters of the attack. Ahmed said he was in a lecture in the main hall when they heard someone kicking at the rear doors, followed by gun shots. “Then the men came with big guns,” he added.

A Reuters correspondent who visited Peshawar’s Combined Military Hospital described its corridors as being lined with the dead students,”their green-and-yellow school uniform ties peeping out of white body bags.”

The army-operated school is situated on the edge of Pakistan’s tribal belt, and although it enrolls a number of civilian students, many are the children of army officials. Pakistani officials believe it is these pupils that the Taliban were targeting when they killed the 145 students and teachers at the Pakistani school.