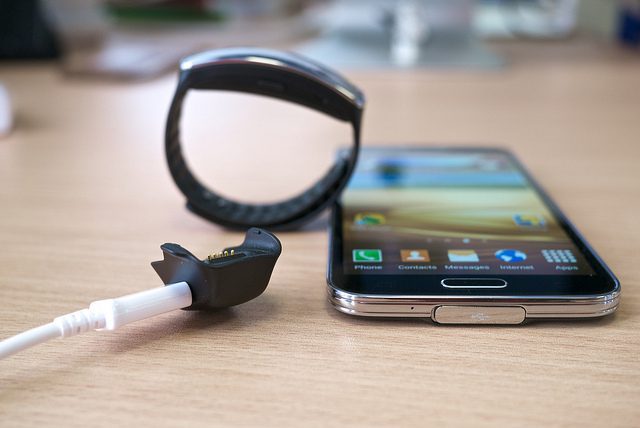 Year 2014 has brought in many several mobile devices and as the year closes, the tech world wonders how technology in 2015 will look like. Analysts predict 2015 to be a year of bigger smartphones with more flexible designs and laptop functionalities; smarter homes and equipment, as well as more intelligent devices that will help humans make decisions.

Wearables will likely have their time in 2015. The first wearables connect to a smartphone through Bluetooth so the user can monitor his fitness levels and be able to control his camera and music player while peeking at maps and checking on messages on the small screen of the watch. They started to make their way in 2014, with high-profile launches from big names as manufacturers. In the near future, they are going to be among the innovative devices to be launched by huge consumer electronics companies.

The technology in 2015 will be filled with health stuff like smartwatches that track pulses and other gadgets that also monitor heart rate, such as ear buds. Fitness devices will go beyond just tracking steps. Diet apps may see whether the user gets enough protein, while medical practitioners will jump into the bandwagon. The doctor-patient tandem has a lot of inefficiencies that tech could nicely fill in.

Smart clothes will evolve medically. Sensors will be featured in hats and shirts to monitor the condition of the wearers, like those with epilepsy for instance. Clothing firms are beginning to consider their potential. It is expected bras, jackets and others will come with electrodes to send data to smartphones or other devices. IT research firm Gartner predicted that smart clothing’s sales will be from zero in 2014 to 26 million items in 2016.

Even homes will become smart too, with devices getting smarter, like the TVs, Sonos, smoke detectors and thermostats like those of Nest’s. While home security systems can detect suspicious people in and around the house, alerting the owner is good, but it is better to warn the neighborhood as well. Smart homes will be smarter when devices within them will start to talk to each other and to the neighbors. This is something to watch in technology in 2015 that will bring in more Internet of Things.

With all the advancement, so much data will be everywhere, and concerns about security will be topmost. Since notorious and damaging hack attacks were in the headlines this year, many expect companies to focus on system security to keep their internal data with utmost confidentiality. Cybercrimes not only cost millions of dollars, but the trust and confidence of the consumers that may cost firms their business. Technology in 2015 will be about more companies allocating meaningful budgets for the sake of data security.

Technology in 2015 will have several ways to pay, and this one needs the confidence of the public as well with regards to data security. Apple started to introduce Apple Pay, a convenient way of paying by turning the smartphone into a wallet. Since Apple Pay has already been accepted by a dozen of huge stores, it is likely to take leadership in this department.

Futuristic payment methods may have other names emerging like Plastc, Coin and Wocket cards, where debit, gift and credit cards are consolidated into a single device. While there is a lot to watch in the technology in 2015, the public may also see more acquisitions and mergers, as huge players typically are always looking for startups to complement what they already have.