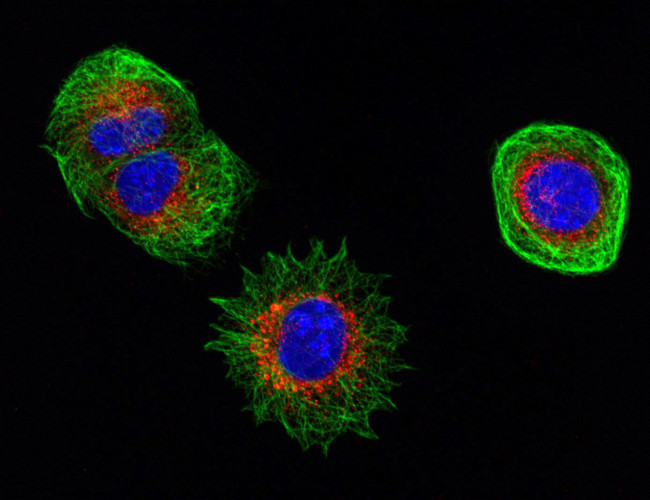 In a recently published study in the Science Journal, the notion that lifestyle and choices may play a major part in the occurrence of cancer appears to have been partially refuted. Researchers Christian Tomassetti and Bert Vogelstein of John Hopkins University, surmise that the occurrence of many types of cancers is due to bad luck caused by random mutation of DNA during cell replication.

It has long been recognised, but never explained, why some human cells are more prone to supporting the growth of cancerous cells than others, and the study shows that approximately 33 percent of the risk of cancer development can be attributed to the genetic predispositions or the environment. In attempts to explain the difference, the researchers discovered a very strong correlation between the number of division the cells undergo during the life cycle, and the occurrence of the disease. The analysis of various cells  revealed that those cells that divided the most, were more susceptible to mutation, and the development of types of cancers.

The conclusion may appear to be double-edge sword, as it implies that developing  the disease may be simply due to bad luck, but is also very important, as the knowledge can be used to for a better understanding of the disease, and may also be used to help curtail the resulting fatalities. The medical community and others still will continue to strongly recommend that risky behaviour be curtailed, and a healthy lifestyle be adopted, as 33 percent of the mostly deadly types of the diseases eare due to choices such as behavior, smoking and diets. Even though bad luck can be influential; one of the best options for further prevention is early detection, and healthy lifestyle would continue to place the odds in a favored position.

The researchers examined 31 types of human  cells and determined that there are some types of cancer that cannot be prevented. These included cancer of the brain (Glioblastoma), pancreas and small intestine. Cristian Tomasetti, who also teaches oncology states that more work may be needed to decide if the mutations are truly random, and hopes that there would be more focus on early detection methods. It is hoped that the study can contribute to a change in the belief of the risk factors, and the way funding for research is distributed. The focus should be focused on early detection methods, when the disease is still at the curable stage. On a related front, researchers are currently exploring the application of machine learning, where computer algorithms are currently being tested to predict the occurrence of  mutations that can cause occurence of  the disease.

According the study indicating that most ocurences are caused by DNA mutation, the most common types of cancers are still those that are heavily influenced by lifestyles and behaviors, and they include skin or Basal cell carcinoma, cancer of the lungs and colon, which are strongly associated with smoking, and poor diets and hereditary risk factors respectively. Unfortunately, two common types of cancer; Breast and prostate  were not analysed in the study as consistent replication rates for stem cells could not be identified.