Cancer – On the Side of Victory 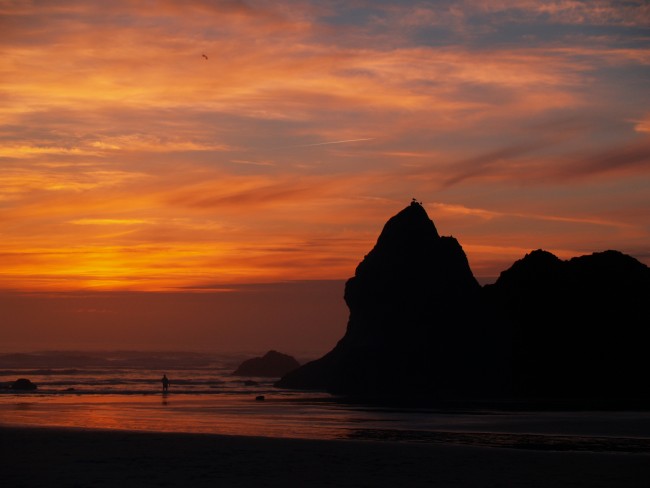 According to medical research and studies, forty percent of men and women will be diagnosed with cancer in their lifetime. Forty percent. That is no tiny number and make no mistake about it, the mere suggestion of this number is enough to impress upon the subconscious minds of those receptive, the truth of this prediction. But it does not have to be this way. There is hope for those who fear cancer or who have been diagnosed with what some might call even “terminal” phases of this condition. This article is to highlight the victorious side of cancer and what else a person can do when faced with such a fate.

The only treatment that has been found to have zero side effects and an extremely high success rate (as high as 91 percent or more) is the placebo effect. What this speaks to is the power of the mind and the subconscious mind to effect change in the body. Take the story told by Dr. Bernie Siegel of the man with tumors in his body as big as melons. The doctors at his hospital were testing a new drug and decided to test it on this man figuring he would die over the weekend anyway, no harm done. The man received the injection and the following Monday when he came to be checked his tumor  had shrunk to almost nothing, “melted away” they reported.  Several days later there were reports in the newspaper that this cancer drug was a failure and did not seem to do anything for tumors, and miraculously, the man’s cancer returned almost immediately.

The doctor working with this man decided to try something, he chose to tell him the injection he was giving him to shrink the tumors was the latest, newest version and much stronger than what the studies had reported on. But instead of the doctor giving the medicine, he injected him with a simple saline solution instead. The man’s tumors again shrunk to almost nothing in no time at all.

Another report tells of a man who was diagnosed with terminal lung cancer and given several weeks to live. He died, as expected, but after his passing, a fellow doctor found an x-ray of his from 25 years previous that matched his most recent x-ray exactly. He had in fact lived all those years with no threat to his health, the diagnosis is actually what killed him.

The subconscious mind is an incredibly powerful thing. It can take suggestions and make them truth. It can also hear information and discard it based on previous belief patterns and programming. There are countless stories of individuals who decided to discard their medical diagnosis and opt for approaching their “condition” of cancer or otherwise, from a place of positivity, awareness and healing. One man given two months to live with colon cancer took himself to Hawaii as a place to peacefully die. Upon landing in the care of someone who demanded he choose life if he was to stay with her, he almost immediately found his condition improving and eventually healed through the power of positive visualizations, meditation, a macrobiotic diet and believing he would live. It has been eight years since his diagnosis and he still lives healthy and enjoys life today completely cancer free. This is the kind of story that highlights the victorious side of cancer.

One report tells of a woman who was diagnosed with cancer, given several months to live, even though she felt just fine. After getting her affairs in order, she died at two months, just as predicted. However, after her passing it was discovered that her records had been switched with another patient and she had no cancer at all. The mere suggestion of the disease brought about her demise and nothing else.

As science and medicine progress it is becoming increasingly important to understand where they intersect, and how the newest revelations of quantum mechanics, showing how the mind really works, does affect the body and disease. The placebo effect works because the mind is a powerful tool in the body for creating any situation. Our bodies are made up entirely of energy and ultimately, at the subatomic level, nothing else. These fields of energy are influenced by the thoughts in the mind as well as the fields of the heart which project our emotions, as discovered and researched by the Global Coherence Initiative as well as the HeartMath organization (see below).

More and more people are finding themselves face to face with what feels like a life-threatening diagnosis. By understanding the power of the mind to affect the body, any conscious person can begin to take back control of the health of their bodies. Western medicine seems to be walking a thin line leading backwards, away from the findings of modern science which shows how intent affects outcome. If individuals are to harness the power of health and healing, which appears to exist unharnessed within the cells of the body and the secrets of the subconscious mind, new advancements in medical diagnosis and the “treatment” of disease must meet the latest discoveries, not continue to follow an antiquated model of misdiagnosis, harmful suggestions and detrimental treatment.

Chemotherapy is not healthy for the body. It is derived from the chemical agent orange used in war to poison the enemy. By using this substance in the body of a human battling immune dysfunction already, the entire system becomes compromised and vulnerable to further attack, greater illness and death. Cancer is a warning call from the body that there is severe misalignment and imbalances. According to Dr. Bradley Nelson, innovator of The Body Code and The Emotion Code practices, nearly all disease in the body results from imbalances, most of which can be aligned through the clearing of blocked emotional patterns in the energy fields of the body.

Diet and nutrition also play a crucial role in the health of the human frame. According to a recent study, if a person eats an organic diet, strictly for one week only, the level of pesticides and chemical residues in the body, which contribute to illness and disease, drop by 90 percent.

New studies show the essential oil of frankincense to destroy cancer cells without harming the body. This oil has also been shown to stop cancer from spreading throughout one’s system. Frankincense seems to help the DNA of the cells which are malfunctioning to re-set themselves.

The victorious side of cancer is that it does not need to be a death sentence with no way out. By educating oneself as to the possibilities available to not only improve the health of the body significantly, but rid the body of cancer forever, one becomes empowered to live a free life of vitality and wellness. Check out the plentitude of resources below as to how to address cancer and other intense illnesses with consciousness and care. The first step in the victory is believing.