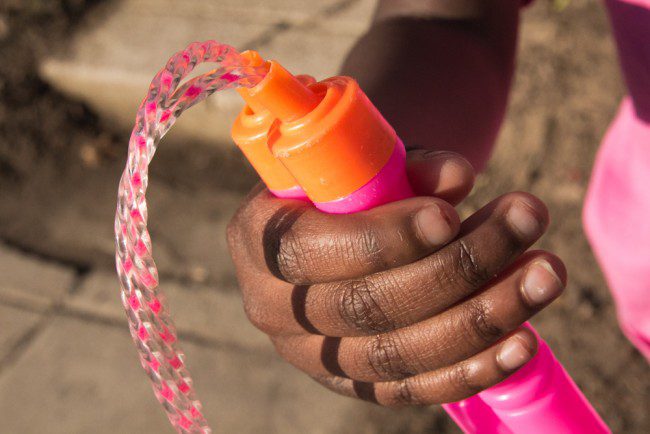 Police in Brooklyn Park, Minnesota, said on Wednesday that they are unable to determine the exact manner in which a six-year-old girl, whose body was discovered with a jump rope encircling her neck, died, but have ruled out foul play. The Star Tribune in Minneapolis has obtained records which indicate that investigators looking into the death of the little girl on Dec. 27 examined the possibility that she had committed suicide. The Guardian Liberty Voice does not name minors who are involved in possible crimes.

Deputy Chief of Police Mark Bruley told the newspaper that evidence discovered during the investigation reinforced the idea in the minds of police that the girl had deliberately committed suicide, but investigators were also in agreement with the findings of the Hennepin County, Minnesota, medical examiner, who reported that killing herself is something that a “normal 6-year-old” would never even consider. Bruley said that although his department looked into every possible scenario, “we may never know” whether the 6-year-old had killed herself or whether it had been an accident, adding “It’s hard to believe that it was even possible.”

University of Minnesota Professor George Realmuto, who teaches psychiatry, believes that the little girl could indeed have killed herself. He spoke to the Star Tribune after reviewing the records of their investigation, saying that he “think[s] all of those factors were in place here.” Realmuto added that although it is rare for a 6-year-old to kill themselves, it does happen, especially among impulsive, mentally ill children who, having been triggered by something,  find themselves without supervision. Although someone that young is unable to understand the permanence of death, it is possible that suicide could be seen as a way for a child to punish himself if they believe they have been bad. According to the CDC, 33 U.S. children between the ages of 5 to 9 killed themselves during the years between 1999 and 2006.

Documents filed by Brooklyn Park, Minnesota, police indicate that on the day of her death, the little girl seemed to be well. She ate second helpings at dinner and spent the night in her bedroom, coloring and watching cartoons. She said she was excited about a church dance she was going to attend the next day. According to her foster father, he looked in on the girl at approximately 8 p.m. and saw that she was watching television and standing on her bed. Ten minutes after this initial check, the foster father returned to the room and discovered the 6-year-old hanging from a jump rope that had been fastened into a noose. A bucket was found nearby, along with a note written in purple marker that said, “I’m sorry.” Another read, “I’m sad for what I do.” Initial police reports describe the knots used to secure the rope as too intricate to have been tied by a child.

The Star Tribune spoke to the girl’s grandmother, who does not believe that she committed suicide. She said that the 6-year-old had been taught to never put bags on her head or tie anything around her neck. She described her granddaughter as “normal” and said that the girl displayed no signs of being mentally ill. The girl’s mother referred questions to her attorney.

Police reports indicate that the 6-year-old underwent a psychiatric assessment in June which showed that she was having suicidal and homicidal ideations. She was undergoing comprehensive treatment for feelings which included guilt for being removed from her mother’s home and placed in foster care. Per the exam, the girl was also reported to be feeling “not lovable or acceptable.” The child was placed in a foster home in December 2013 after child protection officers from Hennepin County, Minnesota, concluded that her mother was using drugs and neglecting a prior plan put into place to ensure the safety of her children.

It is unknown whether the 6-year-old girl’s foster parents were aware of the nature of the therapy she was undergoing while at a day facility to treat her mental illness. With a behavior treatment plan targeted at anger, anxiety and PTSD, the frequency of the suicidal thoughts of the girl had decreased from seven days a week to five.

While in foster care, reports show that the girl underwent dramatic changes in her behavior. Brooklyn Park, Minnesota, police were told by the girl’s latest foster mother that the 6-year-old had threatened to murder her with a screwdriver. In addition, the girl told her foster mother that she wanted to commit suicide by jumping out of a window. At school, she drew pictures of a child dangling from the end of a rope, and police discovered healed rope marks on either side of her neck. However, neither her biological or foster parents could believe it when police questioned them regarding their daughter’s suicidal intentions.

Both the little girl and her brother, 1, had been living in the same Minnesota foster care home since March. In addition to the siblings, a developmentally challenged boy, 15, also lived in the home and was cared for by the foster mother. Before the death of the girl, her foster mother had notified social workers that she wished to adopt both the girl and her younger brother. Relatives of the children also made bids for custody, but no safe place for them to live was found.

In light of the death of the 6-year old, the foster mother’s license has been suspended temporarily by the state of Minnesota, who must decide within 90 days whether to revoke, permanently suspend or reinstate the license. The Minnesota Department of Human Services reports no other disciplinary actions against the foster mother, who has had a foster license since 2011.

Assistant Commissioner Jim Koppel of Minnesota Child and Family Services pledged to thoroughly review the girl’s case as soon as possible. The DHS will review the file to determine in what ways the “system served and did not serve the child.” Koppel believes that this case in particular illustrates how important it is that children who are removed from unsafe homes are placed into homes that “[improve] their lives.”