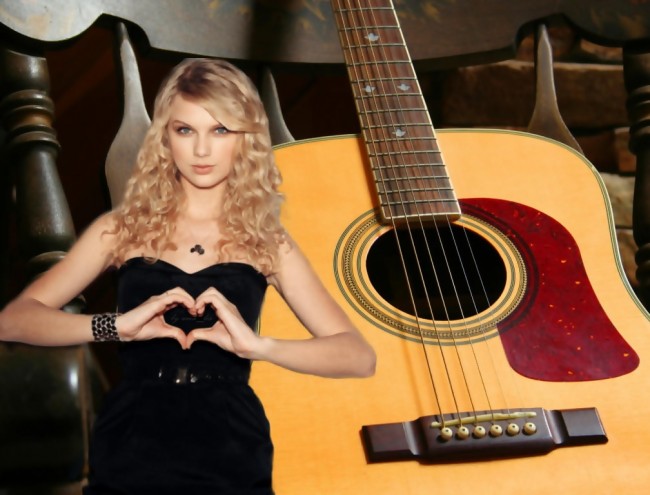 Just when many people were thinking that the spate of videos of Taylor Swift fans lip syncing to her hit Shake It Off was over, this one, of a Dover cop getting down and lip syncing to the song and caught by his dashboard cam, has taken the Internet by storm. It has been viewed over 8 million times on YouTube. Check out one version of it, below!

The dashboard cam video managed to capture the birth of an Internet star, Master Corporal Jeff Davis, 48, the father of four, on patrol in his police car, keeping the streets of Dover, Delaware safe while also getting down to Shake It Off. He has stated that he got his dance moves from his ten-year-old daughter.

The video is courtesy of the Dover Police Department, which originally posted it on Facebook, mentioning that the video was discovered when dash cam footage was reviewed. The police department, tongue-in-cheek, calls the video a part of “a new web series called ‘Dash Cam Confessionals.'” The post adds that, if Taylor Swift happens to be watching, “…we’re sorry.”

Officer Jeff Davis has been with the Dover Police Department for 29 years. The “Men in Blue,” are people, too, and like to jam out just like the rest of us do, while cruising the streets, as Davis proves in this video.

Davis bops his head about, points his finger, and makes hand gestures, demonstrating that, as Taylor Swift put it when she saw the video and tweeted about it, he has “THE SASS.” Occasionally, when a car passes by, he stops singing and nods his head at them. However, as soon as he has driven past them, Davis continues with his seemingly impromptu “dance fever,” moves.

The truth is that the hilarious video, which seems to be perhaps a bit too spontaneous was staged, and just “done in fun,” according to a spokesman for the Dover Police Department, Mark Hoffman. He said that taping the entire video only took around 15 minutes. Even knowing that does not stop it from being pretty darn funny. Most of the videos of people lip syncing to Shake It Off are staged, after all.

On Saturday, Hoffman said that media outlets from around the world, from England, Germany, Australia and throughout the United States, have gotten in contact with him about the video. He stated that Davis loved making the video, and the Dover Police Department spokesman referred to the Taylor Swift loving veteran as being a “class clown.”

While the dashcam video of Dover police officer, Jeff Davis, might seem that much more funny if it was not a staged one, it is still pretty humorous, and has gone viral, racking up millions of views on YouTube. Hopefully, Davis has not embarrassed his ten-year-old daughter very much by his admission that he got his dance moves from her.

The main job of police everywhere still remains “to serve and protect,” but this staged video of Corporal Jeff Davis getting down to the Taylor Swift song, Shake It Off, might make some viewers think that the police motto also includes “…and shake it off, shake it off!” Check out the video below!

Dover Policeman gets Down With Taylor Swift Song Shake It Off