Meryl Streep Reveals Will Ferrell as Her Celebrity Crush 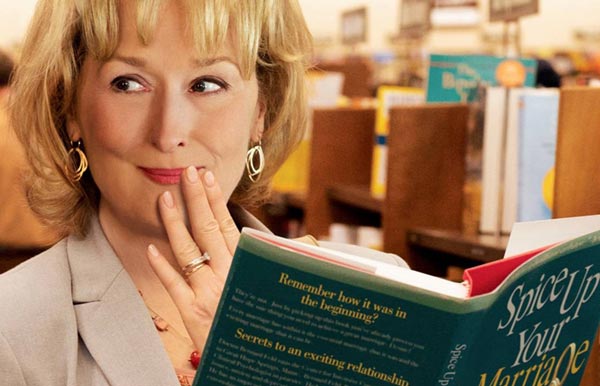 The three-time-Academy-Award-winning actress Meryl Streep recently sat down for an interview with W Magazine where she revealed that her very unlikely celebrity crush is none other than comedic actor Will Ferrell. What is more, is that the actress was very adamant in expressing that she was not obsessive over the likes of a typical Hollywood heartthrob such as Ryan Gosling.

Streep is known primarily for her immensely impressive body of work as an actress and has very little involvement in the “Hollywood” scene. For the actress to participate in an interview where she discusses her personal celebrity crush is very unexpected, yet refreshing for her followers. Known for playing very diverse roles and expanding beyond the industry’s type casting difficulties, Streep has proven herself to be one of the greatest actresses of all time.

Stated by many as the greatest living actress on film, the star is known for critically acclaimed films such as The Iron Lady, Sophie’s Choice and Kramer vs. Kramer (all of which she won an Oscar for) as well as commercial hits such as The Devil Wears Prada, Lemony Snicket’s A Series of Unfortunate Events and the quirky comedy It’s Complicated.

In her interview with W Magazine Streep confessed that one movie that can always make her cry is Anchorman. It is then when the actress states her admiration for Ferrell. After telling the magazine about her crush she has on the actor, she continues by saying she loves every film he has ever done. Streep then gives readers even more of a shock when she states that Hollywood hunk Ryan Gosling could be her child. She closes out her statement by saying that she cannot have a crush on a child so she will crush on Ferrell who she considers to be a real man.

This statement sounds absolutely hilarious to a number of the actress’s followers. Perhaps her attraction to Ferrell comes from his fearless and rather forward approach to his acting and filmmaking. Streep demonstrates a high level of fearlessness in her work as well, although she expresses it vastly differently than Ferrell, but perhaps she greatly appreciates that type of drive.

Streep is now being seen on silver screens across the nation as she belts her way through the intricate melodies of Stephen Sondheim as the wicked witch in Into the Woods. The film has already exceeded box office expectations and has received three Golden Globe nominations, including one for Streep as Best Supporting Actress. Oscar buzz has also been surrounding the film with a yet another possible nomination for Streep who has been nominated eighteen times before.

Into the Woods is one of the most beloved Broadway musicals and Streep stated that she was determined to do the film because it is a classic piece of American theatre history. Very intricate vocals are required to execute Sondheim’s difficult score and the actress stated that she had to pull out all she learned of vocal performance from her early days of acting in drama school at Vassar College and the Yale School of Drama to get her voice in shape to sing the demanding role of the Witch.

Meryl Streep has revealed Will Ferrell as her celebrity crush and it is a rather unexpected, yet charming tidbit of news. The star can be seen in Into the Woods now playing in theaters.