The Internet Is Expected to Disappear 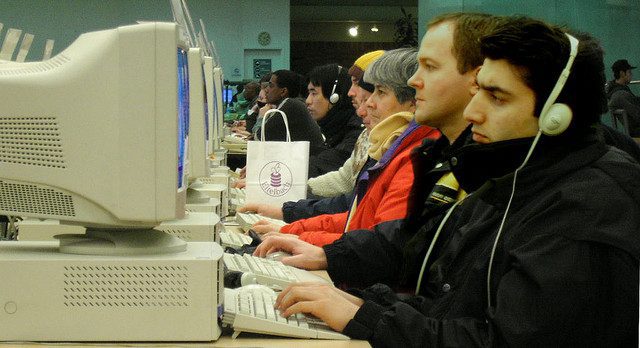 The Internet is expected to disappear, said Google Chairman Eric Schmidt on Thursday at the World Economic Forum. This caused some strong initial reactions, as the statement came from no less than someone who is so knowledgeable about the Internet. However, before visualizing a future with no more connections, emails and social media, tech sites jumped in to explain Schmidt’s statement as actually suggesting a future where the Internet of today will evolve. It will just be there and always be, so that people will not care about how it works.

Forbes said the Google executive pointed out the economics of technologies as they mature. As things become so built-in to the society, people will not notice them anymore. Just like artificial light that is used everyday. It becomes so affordable and familiar that users just do not care.

Newspaper publishing for instance, or DVD rentals and appliance repair, are examples of markets which died, and eventually the Internet will, too, according to this projection. This is the same thing that is happening with cars, desktop computers and other modern conveniences.

The Internet is expected to disappear or vanish said Google Chairman Schmidt, when it becomes part of everyone’s lives with so many devices, IP addresses, sensors and wearables which people use to interact with others. Then, anyone will no longer sense it.

As homes become smarter and wearables are becoming ubiquitous, Schmidt anticipates connectivity to be all around. He envisions a world where anyone walks into a dynamic room and interacts with things in a highly personalized and interesting world.

The Internet is approaching the state of maturity, as Schmidt is implying. When that comes, people will not have to know how they are able to do things, because technology will just enable them to do them automatically.

In the January 21 to 24 Switzerland event, Schmidt was part of a panel which was led by COO Sheryl Sandberg of Facebook. It included Chief Vittorio Colao of Vodafone and CEO Satya Nadella of Microsoft. Sandberg noted the significance of the expansion of Web presence worldwide. She said there are five billion people who have no access to the Web, and the only way to change it is, if it gets cheaper.

Both Google and Facebook take steps to bring connectivity to more people. Project Loon, the global network which uses balloons to connect people to the Internet in remote areas, is moving to other locations, while Facebook expands its Web service of giving basic free Internet access.

Schmidt is not so certain about mobile, and views it as an open market. He said bets are off as to what the infrastructure of the smartphone app will look like.

Meanwhile, another technology panel of the World Economic Forum had CEO Marissa Mayer of Yahoo and Marc Benioff of Salesforce.com talking about the necessity to regulate privacy standards on the Web. Google positions itself to be a major provider of the next iteration of the Internet. Saying the Internet is expected to disappear does not mean literal disappearance, but maturity. The Mountain View California-based company, in fact, has rooted a titanic name in the Internet sphere.