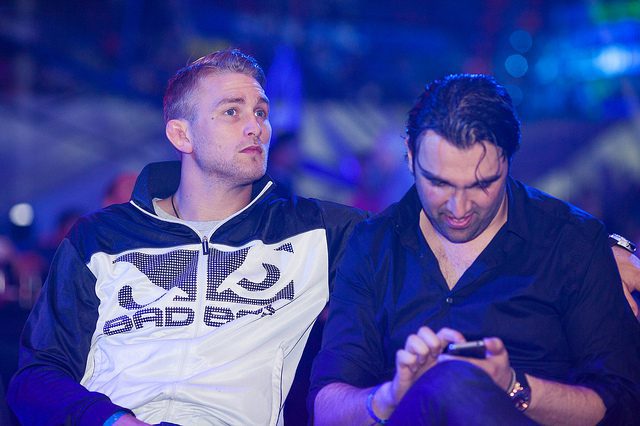 The attendance was there for the UFC Swedish star, but everything else fell apart. Gustafsson fell victim in front of his home country, suffering a vicious knockout to the American, Anthony Johnson. The night did not bode well for the two Swedes on the main card, as Akira Corassani suffered a knockout loss as well. Despite the hometown losses, the finishes came in abundance in front of the Stockholm crowd, with seven out of the 12 fights ending in decisive fashion. The event was a tremendous success for the UFC, bringing in an estimate 26,000 people to the event, not to mention the viewers around the globe. One contender defined, another dealt a step back, the champ Jon Jones now has fresh meat he gets to fight the next time he step right back into the UFC octagon.

Alexander Gustafsson is defeated by Anthony Johnson by TKO(Strikes) rd.1 – The power fuming from Anthony Johnson’s hands are overwhelming, even for this heavier division. It is hard to imagine Johnson used to fight at welterweight, what a disadvantage for his opponents to come in with. The Swede Alexander Gustafsson, felt it early, and it was over from there. “The Mauler” used his movement early to keep away “Rumble”, but right after the eye poke, Johnson became a man possessed and chased down Gus. This now sets up a title fight between Anthony Johnson and the light heavyweight champion, Jon “Bones” Jones. Just another amazing step for the Blackzilian fighter, in what started off as a rocky UFC career in the beginning.

Dan Henderson is defeated by Gegard Mousasi by TKO(Strikes) rd.1 – Dan Henderson used to be able to take a punch or two and land his “H Bomb”, that time is no more as everything he gets tagged with, seems to send him to the mat. Mousasi used his superior technique and precise counter punches to bring down Hendo, in what was a very short-lived first round UFC fight. Henderson is now 44 years old, even though he does not want to call it quits, he has been finished in his last two fights and has lost five of his last six fights. Mousasi and Henderson are on different climbs of their careers, and it really showed Saturday night on FOX.

Phil Davis is defeated by Ryan Bader by Split Decision – One of the most lackluster fights of the night, neither Ryan Bader or Phil Davis seemed as if they wanted to win the fight. Davis stuck outside to kicking, and feebly diving in for take down attempts throughout the fight. Ryan Bader stuck with striking game, but yet was inconsistent in volume throughout the fight. Neither fighter was ever in danger of being finished, and was booed often during each of the three rounds. Neither were very impressive, and really deserve a step up in competition. Phil Davis proved he was not top five caliber on the night, and Bader showed he deserves to stick around right in the position he is in on the light heavyweight ladder.

Akira Corassani is defeated by Sam Sicilia by KO(Punch) rd.1 – The suspect chin continues to be the downfall of Akira Corassani, and could very well warrant him a pink slip from the UFC. The Swede has now lost three in a row by knockout, and all within the first two rounds. The talent is there along with the heavy hands, but Corassani cannot just avoid getting tagged with a heavy shot. Sam Sicilia came in aggressive knowing his opponent’s faults, and exploited them early. Akira does not respond well to heavy pressure, and leaves himself to counter punches quite often. Sicilia found the precise moment to explode, and boy did he. Now if Sam Sicilia can just stay consistent and put together a win streak, he could very well find himself trying to fight his way into the top 15 of the division.

In other notable fights on the card; Mairbek Taisumov continues to impress the UFC brass with another impressive performance, completely outclassing Anthony Christoudou through two rounds. Following Taisumov’s performance there were three first round finishes in a row, with two technical knockouts and a submission on the prelims. Check below for the full preliminary results.

A week from now, the UFC welcomes one of the most anticipated fights in recent memory. One of the greatest, Anderson “The Spider” Silva, returns to the octagon to face one of the toughest in MMA, Nick Diaz. Diaz steps up in weight to fight Silva, but the “Stockton Bad Boy” claims to be ready, and to prove size is no matter in this fight. Not to mention there is a huge welterweight fight in the co-main that has title implications, Tyron Woodley versus Kelvin Gastelum. Check into the MMA Spotlight for the latest UFC news.