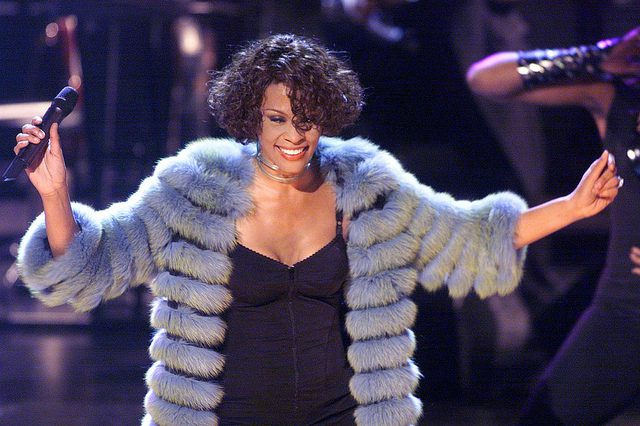 In a scene sadly reminiscent of her mother, Whitney Houston’s, tragic death, the daughter of Houston and Bobby Brown was discovered unresponsive in her bathtub on Saturday. Bobbi Kristina Brown was transported to a hospital near her Atlanta home and, according to CNN and TMZ, is breathing. The incident, which mirrors the way Bobbi Kristina’s mother was found dead, is leaving fans of the deceased pop star wondering if her daughter’s troubled life has destined her to repeat the mistakes of her mother.

In a statement, Roswell, Ga. police department spokesperson Lisa Holland said that Brown’s husband, Nick Gordon, and a friend found the 21-year-old unconscious in the tub this morning. They administered CPR, which was continued by a police officer until the arrival of an ambulance, which transported her to Roswell, Atlanta’s North Fulton Hospital.

Brown’s mother was a gifted singer who became an icon known by many as “The Voice,” but who also struggled with drug abuse during her life. In February 2012, on the night before the Grammy Awards, she was discovered unresponsive in a hotel bathtub in Beverly Hills. Although Houston’s cause of death was determined to be from drowning, heart disease and cocaine use were also determined by authorities to have been factors.

Brown was born on March 4, 1993. Early the next year, a reality TV program called Being Bobby Brown began filming for the Bravo network. Although originally intended to highlight Bobby Brown’s life, as a matter of course, both Houston and Bobbi Kristina were prominently featured on the show. When it aired in 2005, the household’s domestic affairs became public, and portrayed the former pop princess in an unflattering light. Although critics were harsh, the show was a hit and scored the highest ratings for its time slot. The show ended after only one season due to Houston’s unwillingness to appear for another run of episodes.

Bobbi Kristina Brown’s parents separated in September 2006, and their divorce became final on April 24, 2007. Houston was granted custody of Brown. Months later, Bobby Brown sued Houston in an attempt to get partial custody of their daughter as well as spousal and child support. His appeal was dismissed.

As a child, Bobbi Kristina was rarely far from her famous mother’s side – sometimes in situations deemed inappropriate by media outlets. As rumors of Houston’s drug use increased, so did rumors of a troubled life for the girl. Some said that mother and daughter used the same drug dealer. After Houston’s funeral, The Daily Beast reported that Brown was discovered doing drugs by relatives. More troubling accounts were reported by The Daily Mail, who said that Brown celebrated her 18th birthday by using cocaine. The newspaper also included a report from the family’s chauffeur, who said that he witnessed Bobby Brown and Houston use crack cocaine in front of their daughter. The same article also alleges that Bobbi Kristina was bribed by her mother in an effort to keep her by her side, and that those bribes included allowing the underage girl to drink.

Saturday’s incident occurred just one week after the airing of a TV biopic about Houston. Entertainment Weekly is reporting that a source claims the situation “doesn’t look good.” Bobby Brown is said to be on his way to the hospital.