Yellowstone Opening Up For Winter Tourism 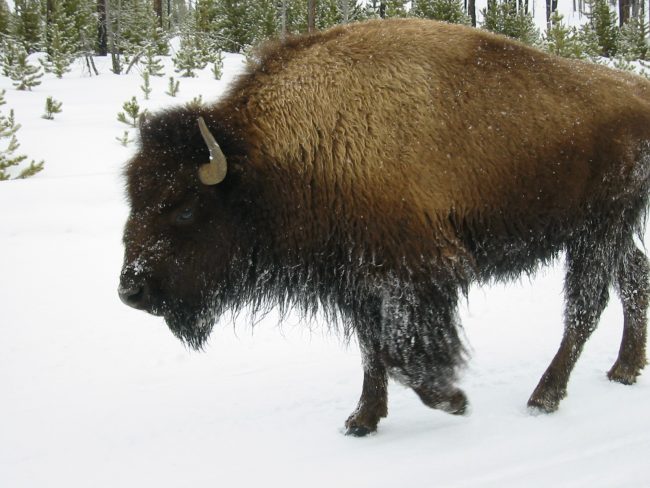 Yellowstone National Park is officially opening up for a season of winter tourism, advising about entrance openings for tourists. The East Entrance to the park is now open to snowmobiles and snowcoaches, part of the park’s new winter rules and effort to mainstream cold weather sightseeing. While many people may be inclined to stay at home with the heater on, others will be attracted by the rare beauty of the park in winter and its many seasonal attractions. The new guidelines, however, were designed to take into consideration the environment as well as people’s safety during the unpredictable winter months.

The winter season officially opened for Yellowstone on December 18, which marked the earliest that tourists and adventurers would be allowed into the park. The season runs from December to March 2, 2015, which sees the onset of Spring. Some of the activities people will embark on are snowmobiling and tours in snowcoaches. For those not too keen on driving themselves on a snowmobile, a snowcoach is a good way to see the snow in all its beauty while someone else navigates the drifts. For the more brave, a snowmobile tour, either unguided or guided, provides the thrill of being out in the air leaving tracks in the pristine snow.

Because of the added risk and trouble of winter time in Yellowstone, few people consider it a vacation destination and so have missed the beauty of the cold months. There is more than just snow and ice to look at during winter. Monkey flowers grow in winter around the warmth of the hot springs and provide a cheery yellow in the white and gray landscape. The weather also brings out the phenomena of “ghost trees,” which are a popular photo opportunity. The stately bison spend the winter foraging for food through the snow and can collect “snowball beards” on their chins. All these and more await those who forsake their heaters and venture out into the Yellowstone winter.

Safety is a concern, however, especially for the park rangers who must direct and inform visitors. In some areas, more snow is needed before snowmobiles can navigate the terrain, but once the snow has fallen in force, avalanches are a present danger. Road closures and other restrictions may limit the areas people can visit and it is up to the park rangers to ensure they are followed for everyone’s safety. Anyone looking to drive a snowmobile must also pass a safety course online before doing so. At the start of the year, over 100 people had already completed the course in preparation for their visit. Even the type of snowmobile allowed into the park is regulated in order to protect the pristine nature of the park’s environment.

With all the safety regulations considered, the tour booked and the time set, visitors to Yellowstone are in for a treat on their winter adventure. It is a rare thing to witness, but perhaps one of the most beautiful in the world. All the seasons have their particular beauties and winter, because of its harshness, can be one of the most overlooked times. But as Yellowstone opens up for winter tourism, the chance for people to witness its natural glory increases and more people will be able to take advantage of one of America’s most precious resources.