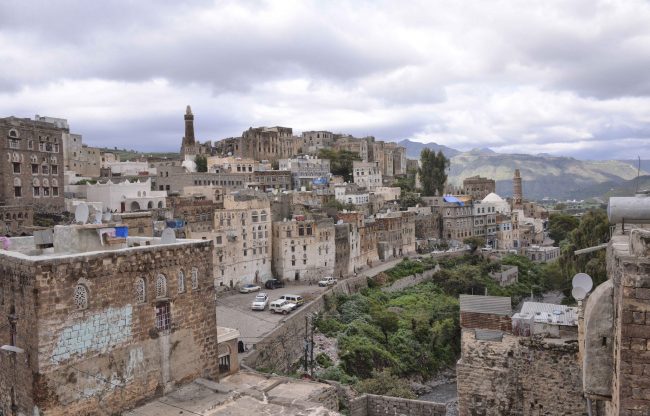 The U.S. backed Yemen government deteriorated on Thursday due to turbulent political activity in the country. President Abed Rabbo Mansour Hadi stepped down from office following a takeover of the presidential palace by Houthi rebels. This chaos does not come from out of the blue. The tensions that underline this ongoing conflict can be laid out rather linearly.

Prior to Hadi taking the office of president, a well-known Sunni leader named Ali Abdullah Saleh held the office for decades. However, in northern Yemen there has been a Shiite leader named Abdulmalik Al Houthi who has been trying to overthrow the government since 2004 with his group known as Houthi rebels. In 2011, during the Arab Springs events, the Houthi succeeded in driving Saleh from the presidency. He then handed it to Hadi, U.S. ally, Sunni, and senate majority leader.   However, when this transfer of power occurred, a large portion of the Yemen military stayed loyal to Saleh. This has caused problems for Hadi in office.

In Yemen, the Houthi rebels continued to demand a stronger voice in government through political activity. Hadi made attempts to reform the Yemen Constitution to allow Houthi more power in government but failed to satisfy their requests. Houthi rebels, in an act of aggression and to demonstrate their military power, overran the capital last fall. Following these failed attempt at reform there was finally a power sharing agreement struck last Wednesday. Unfortunately, it was not enough to calm the rebel forces and the Houthi overtook the Palace and forced Hadi out of office on Thursday.

U.S. officials have indicated that the recent takeover by the Iranian backed Houthi rebels has cause the U.S. to stop some of its anti-terrorism efforts that were being conducted in Yemen. This is a concern for the U.S. due to the presence of Al Qaeda in the country. The terrorist group is called Al Qaeda in Arabian Peninsula (AQAP) in this area. This group becomes stronger when the country is weak because sectarianism increases and that is the perfect environment of Al Qaeda to recruit. This sect of the terrorist group has already been linked to the Paris attacks, the underwear bomber, and a letter bomb in 2010.

One of the operations halted Thursday was drone attacks that had been successful in killing dozens of AQAP fighters. With these offensives ceasing U.S. officials are concerned that the organization will have more time to plot and execute attacks on Western nations. Author of Al Qaeda in Europe, Lorenzo Vidino, advised that if the U.S. pressure stopped “AQAP would have a much freer hand in parts of the country.” This is the major concern. It is uncertain with what speed Al Qaeda influence might spread.

The political activity in Yemen is chaotic and the prime environment for organizations like Al Qaeda to move in and begin building a following. The Pentagon Press Secretary, Rear Admiral John Kirby, informed the press at a briefing that “[w]e recognize we need to get a much better understanding of where things are going politically in Yemen before we can make any new decisions or move forward in any significant way on counter-terrorism in Yemen.” So, currently the U.S. is in a flight pattern waiting for intelligence that will provide a direction that will allow for better-informed excersices within Yemen. Until then there will be much debate as to how to regain control of the rampant terrorist activity occurring within Yemen borders.