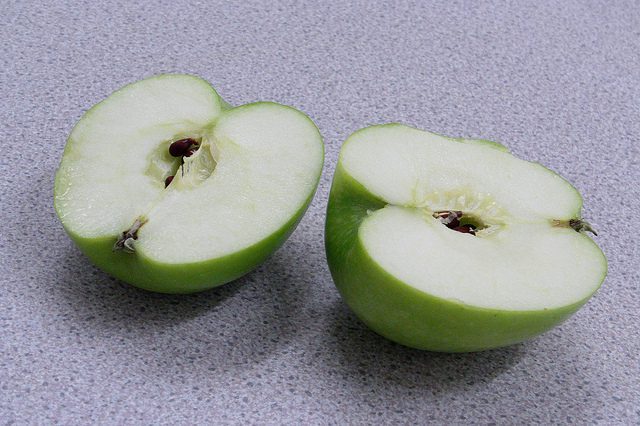 Apples with altered genes were approved by the USDA for sale in the United States. The department’s Animal Plant Health Inspection Service stated that the decision was due to the fact that the fruit will most likely not be a risk to other vegetation in the form of fungi, bacteria or other dangers. The fruit will be sold by Okanagan Specialty Fruits based in Canada, under the names Artic Golden and Artic Granny.

Neal Carter, the founder and president of the company said that it had taken almost five years to get the approval. He further stated that it was a great day for the company and that they were very excited about the approval. It is going to take time to raise the first crop and the majority of that crop will be used for test marketing and product- development research, he said. The public should find them for sale in stores by 2017 in large numbers.

The two varieties of apples with altered genes approved by USDA are Artic Granny Smith apples which are basically Granny Smith apples that do not turn brown as fast when cut or bruised, and the Artic Golden apples which are Golden Delicious apples that have that same feature. The reason the fruit resists turning brown is because, there has been a reduction of a single enzyme, but Carter said that nutritionally, the fruit is comparable to normal apples.

USDA documents report that, after a while the apples do begin to turn brown, but they produce less of the enzyme that makes them become darker. The USDA said that they keep their color, when they are bruised or sliced. The developer of the fruit, Okanagan Specialty Fruits, thinks they will be well received by food service companies and the public because apples that are non-browning will make them more desirable when sliced.

But some executives working in the industry voiced their concerns that the approval of genetically altered apples that are safe to consume, may not be well received by the public. According to the executives, this opposition may stain the healthy image of the apple. They are worried that apple exports to nations that do not embrace genetically altered food could be negatively affected.

One of those opposed to the genetically modified fruit is John Rice, co-owner of Rice Fruit Company, located in Gardners, Pa. He believes that there is no room in the marketplace for genetically altered apples at this point in time.

The USDA, which approved the commercial use of the new fruit Friday, stated that it had taken these issues into consideration. But according to the law, the approval was determined by whether or not genetically altered was a threat to other plants.Their determination was, there was no threat.

Friday, documents published by the USDA suggest the decision to approve apples with altered genes was basically made in May. Carter said he believed that political influences had prevented the approval announcement. He said his company, which had originally asked for approval in 2010, eventually became so exasperated that it sent a piercing letter last month to Tom Vilsack, the Secretary of Agriculture. The apple will become part of the short list of genetically modified produce, including some sweet corn and papaya. The majority of genetically altered food eaten in America is processed, containing components made from engineered soybeans or corn.