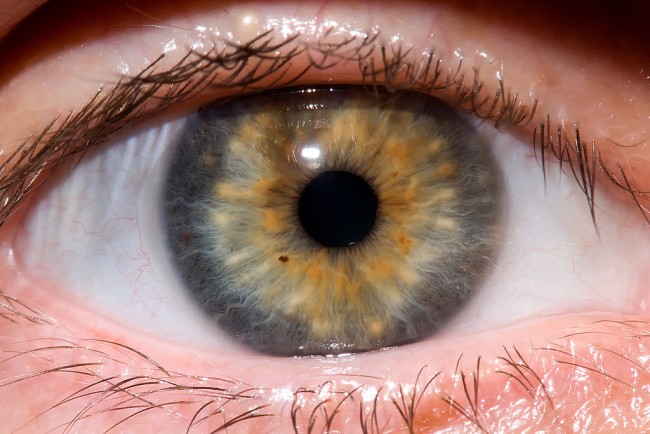 New contact lenses that are telescopic have been released. They allow viewers to zoom in and out simply by winking. The new contacts, however, have to be worn with “smart glasses” that recognize the winking. By using the two together people can now switch between regular and magnified vision.

Eric Tremblay who is an optics specialist says that this new technology could prove to be key for people with low vision or older people who have macular degeneration related to age. Tremblay works for a research institution in Switzerland called Ecole Polytechnique Federale de Lausanne. The lenses look a bit like standard contact lenses with shiny silver rings that cover a part of the eye.

With age-related macular degeneration (AMD) there is a loss of sight in the center of the visual field. This occurs in older adults and can make it very difficult or impossible to for them to read. It also may impact other areas of everyday life. Standard glasses or contact lenses do not help people with AMD. Special glasses have been constructed and given to people with AMD in the past, but these have proven to be cumbersome. However, these old glasses could soon be obsolete if the telescopic contact lenses prove to be a success.

In 2013, the first version of the novel telescopic contact lens was announced. It magnified roughly two and a half times normal vision. Scientists have been improving the contact lenses ever since. One of these improvements has been developing the lens so that it allows more oxygen into the eyes. This has been done by including tiny air channels which are about 0.1mm in width.

The lenses function by including an incredibly thin reflective telescope in the inside the lens which is 1.55mm thick. The mirrors inside the telescope reflect the light so that what the viewer is seeing appears larger than its actual size. It might appear to a person as if he or she were looking through binoculars.

Special lenses are used to construct these new contacts that are telescopic. They are known as scleral lenses and are larger in diameter than the typical lens someone might wear in place of standard glasses. Standard lenses also tend to be soft while the telescopic ones are much more rigid. The researchers assure that these special lenses are quite safe and even comfortable. The structure of the scleral lenses allows scientists to augment it with optical technology such as the newly developed telescopic feature.

The glasses that accompany the new contact lenses are electronic. They use light detectors to recognize whether a person in winking or blinking. A wink of the right eye allows the viewer to zoom in. A wink of the left eye returns to regular vision. The glasses are programed to ignore normal blinking.

The project was funded in part by the Defense Advanced Research Projects Agency (DARPA). The lenses are still a prototype, but researchers hope that they will be widely available in the next few years. The American Association for the Advancement of Science (AAAS) recently revealed these new contact lenses that are telescopic at a meeting in San Jose, California.