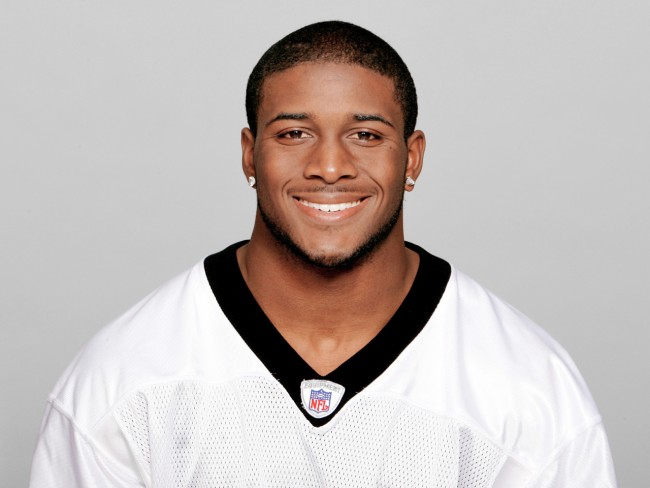 Darren Sharper’s co-defendant has implicated former New Orleans Saints player Reggie Bush in the drugging and rape of multiple women while in Las Vegas four years ago. Brandon Licciardi accuses the running back, now with the Detroit Lions, of spiking women’s drinks with the drug ecstasy.

Transcripts of police interviews obtained by The Advocate contain statements by Licciardi whch he made to investigators from the Orleans Parish District Attorney’s office in 2014. Licciardi, who previously worked as a deputy in the St. Bernard Parish Sheriff’s Office, accused Bush of giving women champagne glasses to which Bush had added ecstasy. Sharper’s co-defendant claims this took place in the spring of 2011 while Bush was with Sharper, a former Pro Bowl safety five times over, at a dance club in Las Vegas. The running back was traded shortly thereafter to the Miami Dolphins after having spent five seasons as a Saint.

Bush played for the Dolphins for two years. He was picked up as a free agent by the Lions in 2013, where he was given a four-year contract. Whether he returns to Detroit this year is uncertain, and neither his coach, Jim Caldwell, nor the general manager of the club, Martin Mayhew, have commented on his return. The running back will be 30 next month, which is considered to be fairly old for a player in his position. His salary of $5.2 million ranks as the seventh-highest against the Lions salary cap.

Sharper and Bush both played for the Saints during the 2009-10 seasons. Sharper has been indicted on multiple rape charges or is under investigation in five separate states. In a statement to the Detroit Free Press, Bush’s attorney, Shawn Holley, said that Bush and Sharper were not close and that the relationship between them was simply that of friends and former teammates.

The Advocate clearly states that although Sharper’s co-defendant has implicated Bush in the drugging and rape of women, Bush has not been formally accused by law enforcement of raping or drugging anybody. The interview transcripts also show that later in the question-and-answer session, Licciardi tried to recant his prior statement regarding Bush. Although the newspaper requested comments from Bush’s agent and Licciardi’s lawyer, no immediate response was received. The paper sent a text message to Bush via a phone number said to be his in the records, but received no answer.

Holley gave a statement to the Detroit Free Press saying that Bush “unequivocally denies” the allegations put forth by The Advocate. Bush himself threatened on Twitter that he will sue the newspaper “if they do not retract their LIE-FILLED article.” He also suggests that the reporters who wrote the story be fired.

A spokesperson for the Nevada Attorney General’s Las Vegas office would not comment on whether their office is pursuing a criminal investigation of Bush, but added that if a complaint were filed, they would be able to issue a comment. The Advocate spoke with an FBI agent who said that there may be additional investigations in the works, but did not say whether Bush would be the subject of any forthcoming inquiries. The Lions did not comment on the allegations.

Both state and federal grand juries have returned indictments against Sharper’s co-defendant Licciardi, who has implicated Bush in the drugging and rapes of women, in connection with cases of drugging and sexually assaulting women in New Orleans. Some of the cases also involve Sharper. Licciardi entered a plea of not guilty on Friday to state charges of battery, human trafficking and rape. He had previously pleaded not guilty to federal drug trafficking charges.