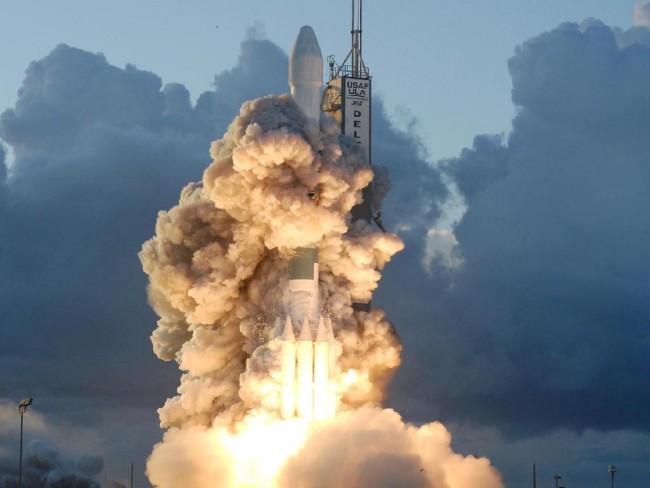 As NASA’s Dawn probe approaches Ceres, it is sending back some remarkable images of the dwarf planet. The probe is expected to spend 16 months studying Ceres, which is the largest object in the asteroid belt between Mars and Jupiter.

Scientists are excited about the most recent images to be sent back, which were taken at a distance of about 90,000 miles. According to NASA, each pixel represents 8.5 miles on the dwarf’s surface. Dawn will not enter orbit around Ceres until early March. Mission director and chief engineer Mark Rayman is looking forward to seeing more detail.

Dawn is approaching Ceres at just 215 mph, and will be decreasing its speed every day until it arrives in orbit. Its low thrust engines allow for a much less stressful orbital insertion than most other probes. Dawn will be the first probe to orbit Ceres. It will also become the first spacecraft to orbit two bodies other than Earth. It orbited Vespa, a protoplanet in the asteroid belt, from July 2011 to September 2012.

Ceres remains relatively mysterious to scientists. NASA’s new images are the most detailed scientists have ever captured. Although it was discovered in 1801 and is much closer to home relative to other dwarf planets like Pluto and Eris, until now, the only information scientists have been able to piece together is from educated guesses based on lower quality images. 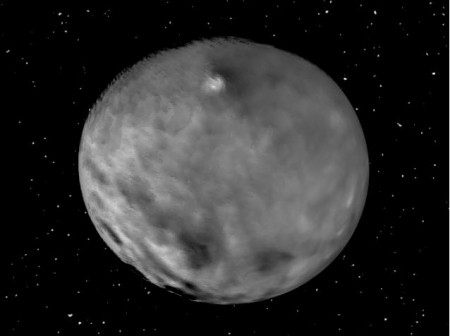 Scientists believe that Ceres may be up to 30 percent water by mass. Most of this is believed to be ice, although there is a possibility that liquid water exists below the surface. Early last year, European researchers spotted a plume of water vapor on the surface, suggesting an energy source inside the dwarf. In combination, these two factors point to the idea that Ceres may be able to support life.

Aside from the new images of Ceres that NASA’s probe is sending back, Dawn is equipped with sensors that could provide clues of activity beneath the surface. It will attempt to detect water beneath the surface and the plume of water vapor seen by the European scientists. Dawn is not equipped to detect signs of life, but the data it brings back could provide further evidence.

Scientists are fascinated by the new images. Although the Hubble Space Telescope has already shown a bright spot in the northern hemisphere, they are looking forward to new detail. Right now, researchers can only guess that the bright spot is some kind of impact crater. They hope that future images will either confirm or disprove this assumption.

Once Dawn reaches its initial orbit with Ceres, it will not begin research right away. It will only arrive in its first science orbit on April 23. From its first vantage point of 8,400 miles above the dwarf planet’s surface, it will begin its observations, gradually working its way closer to the surface. It will continue moving closer until it reaches a low-altitude mapping orbit only 230 miles above the surface.

Dawn will conclude its mission on June 30, 2016. Until then, NASA’s probe will continue to send back fascinating images of Ceres. Rayman is excited to see what they discover. “We’re finally going to learn about this place,” he said. After more that 200 years, scientists agree that it is about time.