Seventh Son Takes a Toll on the Stars’ Acting Chops 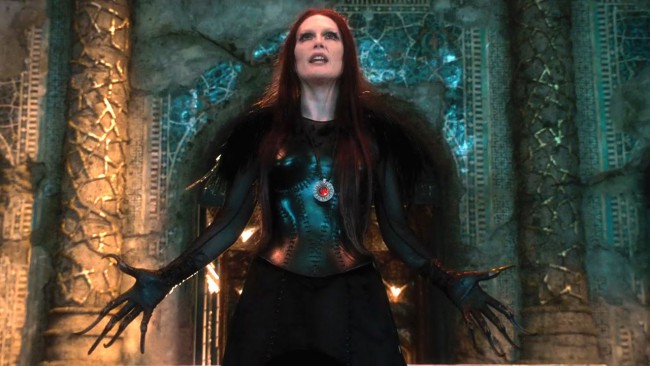 Seventh Son is the new epic fantasy film by Universal-Legendary starring the likes of Jeff Bridges, Ben Barnes, Kit Harington and Julianne Moore. All of the aforementioned stars have proven themselves to be well-esteemed actors over time, but it seems as if Seventh Son has taken more of a toll on their acting chops than one would have desired.

The film is based on the high fantasy novel The Spook’s Apprentice by Joseph Delaney and it seems as if the adaptation has had some kinks in it since its origin. Seventh Son has had multiple official release dates due to issues ranging from post-production delays with the movie’s visual effects to the studio severing their long-time relationship with Warner Bros.

The struggles with Seventh Son seem to have persisted even through its long-awaited release. The U.S. box office brought in a modest $7.1 million on opening weekend, when the film was made for a massive $95 million. On the upside, even though American audiences have not been taking as well to it, Seventh Son seems to be doing much better in foreign box office sales. $82 million has been raked up overseas so far including $25 million in China and $15 million in Russia. It is undoubtedly relieving enough to the production company that the film seems destined to at least break even in the expense/profit ratio.

One aspect that has been noted in a number of the film’s reviews is the performance by some of the principal actors of the movie. One Seventh Son star that has received a considerable amount of flack is that of Jeff Bridges who plays the mentor and reflection character of the film, Master Gregory. Bridges is not a bad actor by a long shot, the man has won an Academy Award, the highest honor a film actor can receive. His flaw in this film seems to be the amount of campy theatricality he puts in his voice. Although the film takes place in a heightened reality, Bridges’ voice seems a bit forced and not as authentic as audiences have known him to be. A lot of the actor’s dialogue is lost in his lack of diction as well.

Moore is another performer who is highly acclaimed, but seems to not quite knock it out of the ballpark this time. Moore has been nominated for multiple Oscars and it is highly anticipated by audiences and critics, alike, that she will win this year for her performance in the drama Still Alice. Moore does give a solid performance as the primary antagonist of Seventh Son, the mighty witch queen Mother Malkin and there is nothing particularly wrong with her portrayal. It just seems as if the actress had a number of missed opportunities where she could have dug even deeper into the darkness and evil depth of this character. Perhaps the star, who is accustomed to performing solely in films that are grounded in realism, lost her bearings in the midst of all the high fantasy. Although, Moore’s costumes and makeup designs throughout the movie are simply stunning and most definitely deserve to be commended.

Even though Seventh Son has its flaws, it is still recommended for anyone who enjoys big-budget fantastical and adventurous works. The film is now playing in theaters worldwide.