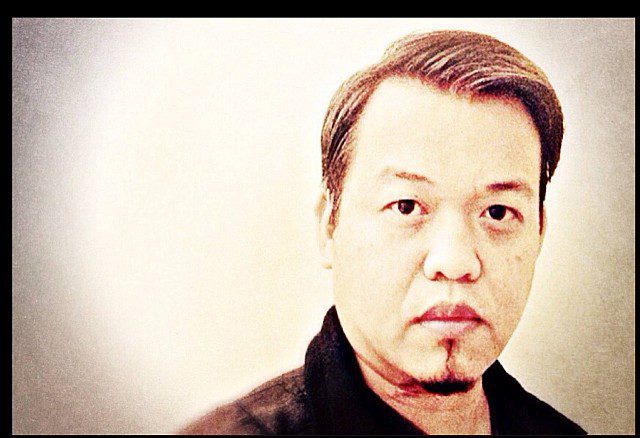 The Torn Images is a group out of Fountain Valley, California who has had somewhat of a shifting cast of characters during their tenure on the music scene. Band founder, Braind Arabaca, has been the musical mainstay. Nonetheless, he has remained steadfast in his vision for the group’s sound. The Torn Images’ newest album, Reviver, is thus not only a revival of 90s hard rock and grunge, but of the band’s sound and potential for the future.

Braind Arabaca formed The Torn Images in early 2012 with producer and bassist Jonathan O’Brien and drummer Jayson Thompson. Arabaca performs both lead vocals and lead guitar. They released their first EP, The Dawning in 2013 and made their intentions to revive 90s hard rock and grunge known immediately. Following The Dawning came two singles and another EP later that year called Bound for the Morning Sun. Reviver is the group’s first full-length album, released a full year after the last EP.

After the large quantity of work The Torn Images put out in 2013, the time it took to record and release Reviver involved a number of factors. In mid-2013, drummer Jayson Thompson left the group, and while Arabaca had found a new drummer in Tyler De Young by the release of Bound for the Morning Sun, the band wanted to take its time to make sure the sound was exactly what its members wanted. The addition of Andy Hernandez on rhythm guitar also helped to round out The Torn Images’ sound.

Reviver’s first single The Drifting opens the album with a heavy, hard rock guitar riff and a relatively slow beat. Arabaca’s gravely and slightly metal-sounding vocals may be jarring to some listeners, but where he really shines in this track is in his masterful guitar work. The guitar solo in The Drifting is smooth and beautiful, almost lilting. Anyone who enjoyed the grunge/hard rock guitar work of bands like Oasis or Screaming trees will appreciate Braind Arabaca’s guitar in all the many forms it takes throughout the album.

Out of Control (Into the Void) is where Reviver really gets good. Arabaca’s vocals start to merge more naturally with his guitar and the backing track performed by O’Brien, Hernandez and De Young. A classic punk/grunge guitar riff and another well-heeled solo accompany Arabaca’s emotive and haunting lyrics to create one of the more special pieces on the album.

Even more evocative than Out of Control (Into the Void) is Aimless Breath, where there is not as much solo guitar work but such a 90s feel and uplifting chorus that nostalgic listeners will be transported back to a world of Doc Martens and flannel shirts. Through Aimless Breath, The Torn Images drive home their “rock for the modern era” credo and accomplish the merging of hard rock and grunge in a surprisingly delicate and touching way.

In Hernandez, De Young and O’Brien, Braind Arabaca has clearly found his lineup and the band will likely continue to move forward with their plans for rock revival. With many indie bands moving toward electronic or blues-tinged music, it is refreshing to see bands like The Torn Images continuing the rock legacy of the 80s and 90s. The band plans to release more singles and videos in 2015. Fans can find Reviver and previous albums on The Torn Images’ Bandcamp site and view videos from their previous EPs on YouTube via their website. All links are listed below in sources.