There Is Life After the Storm 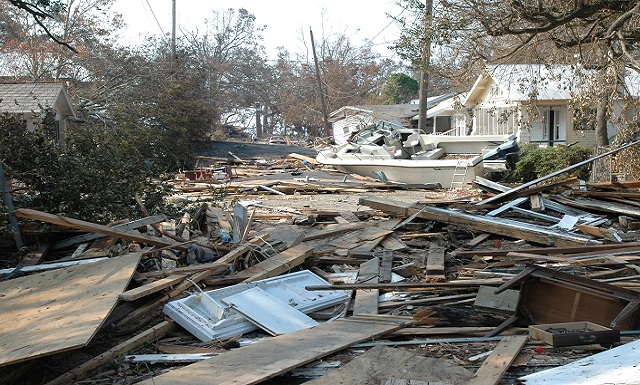 One of the largest storms to hit the Gulf Coast was Hurricane Katrina. It has been almost a decade since that tragic storm ravaged through New Orleans. Out of the devastation came not only death but innumerable stories of survival, courage and strength. Hurricane Katrina left many people out on a limb trying to put the pieces of their lives back together while forcing them to take on new opportunities and challenges as a result of that disaster. After all is said and done, the overwhelming conclusion many limped away with is, “There is life after the storm.”

Rapper Lil’ Wayne, in his heartfelt dedication to the victims of his hometown, penned a song with the help of singer Robin Thicke. Regardless of the storm one might be facing in their own life, lyrics of that song still ring true today.  The line within those lyrics that set the tone of the rebuilding process is:

Some say tragedy is hard to get over, but sometimes the tragedy means it is over.

Most often when a storm arises and catches its victims off guard they forget to attribute praise to themselves for finding the strength to survive that trauma. Yes, it was a tragic situation, but despite the fallout it is over. Instead of focusing on what was lost it is more important than ever to shift that focus to the beauty of what remains. It is paramount to acknowledge the miracle of survival which is always accompanied by another opportunity to refocus, retool and rebuild.

In the middle of what happened and what needs to take place is called transition. This can be a very difficult part of the journey because most people do not know how handle that period of uncertainty. Tragedy often robs a person of who they knew themselves to be, which causes them to forget the privilege they have to redefine and re-strategize.  It is not necessary to drag the outdated memory of what was into the next level; instead cross over with the confidence that something better is waiting in the wings.

Here are a few points to help manage life after tragedy:

Few things belittle a person more than when their story is minimized. Even in the judicial system people are given the right to tell their side of the story. We live in a world that is often too busy to listen, but that never lessens the importance of the journey. There are scores of people out there waiting to be liberated by the triumph of your overcoming. To deny them access is to leave them in shackles.

Remember, into each life some rain must fall. The fact that you had the guts to get up today and be “you” is proof positive that the storms of life cannot keep a great person down. Many people and businesses we come in contact on our journey are a testament that there is life after a storm.