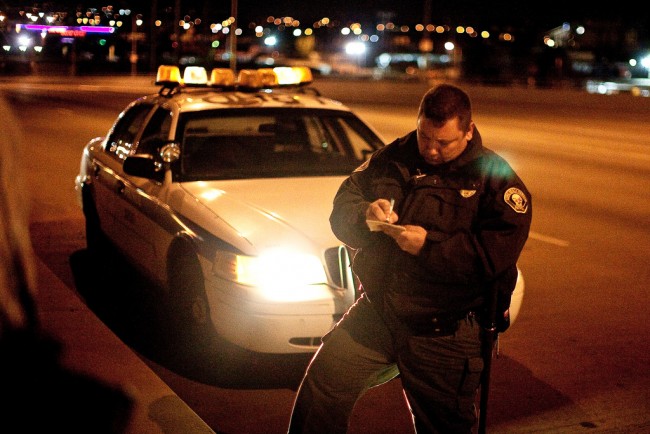 A man in Bergen County, New Jersey faces criminal charges after saying that his name was “Tony” and his brother was the one getting traffic tickets. Olawale Agoro, who lives in Hackensack, has used this argument repeatedly. However, now officials know that the 58-year-old man saying that he had a twin brother was only an excuse used to try to evade the traffic tickets.

A police officer named Matthew Parodi pulled Agoro over on July 31 and issued him five summonses related to motor vehicle use. On Sept. 19 Agoro appeared at the Maywood Municipal Court saying he was both legally blind and that his name was “Tony.” Parodi was in the courtroom when Agoro appeared and saw the man pretending to be blind. Maywood Police Chief David Pegg says that Parodi identified the man as the same man whom he had stopped. Parodi also observed Agoro navigating the courtroom without difficulty.

Parodi was suspicious of the man. After the court session Parodi was told that Agoro was asking people in the parking lot to drive his car around the corner for him. Parodi then saw a stranger move the car and subsequently he watched Agoro take over driving the vehicle.

Parodi later pulled over Agoro again in Rochelle Park, a township in New Jersey. This time the man was issued three more traffic tickets. Agoro’s vehicle was also impounded. When Agoro went to retrieve the car he admitted that he was not in fact blind.

Twice he went to court clerks and used the twin brother excuse to try to evade the traffic tickets. Posing as Tony, he requested the clerks to postpone the court dates for his twin brother. One time “Tony” claimed that his brother was away in Nigeria, traveling there to mourn the death of their father. Two adjournments were granted to Agoro by the clerks.

Agoro missed his court date on Wednesday and was issued a warrant for his arrest by a Rochelle Park municipal court judge. Police Chief Robert Flannelly issued a media release on Friday outlining this story and saying that Agoro appeared in court on the Thursday after his issued court date pretending once again to be “Tony.” The clerks there were suspicious of the man and they contacted the police.

However, Agoro could not provide identification for “Tony.” Police matched a birthmark that Agoro has under his lip to the same one in his driver’s license photo. The police also used a fingerprint scan to prove once and for all that “Tony” did not exist. Agoro was charged with “hindering apprehension, false swearing, and resisting arrest.” He was then sent to Bergen County Jail.

Agoro used the twin brother excuse to try to evade traffic tickets, but he could not fool the police. Recently, a similar story took place in Florida. A 43-year-old man named David Michael Cohen tried to pose as his own twin. Cohen gave his twin’s name because he was driving with a suspended license. Authorities say that this is not an uncommon scenario.