Last week marked the 50th anniversary of the unforgotten Winston Churchill’s death. This week, the public remembers the celebrated author of the leader’s biography, Martin Gilbert, who passed away this Tuesday.

Churchill was a rigid individual who was not hesitant about exposing himself to media coverage or in forging his countrymen through WWII. Aside from his at times intoxicating demeanor, the former prime minister of the United Kingdom commanded the respect and loyalty of the British parliament.

Churchill’s steadfast leadership style, demonstrated in his withstanding of Nazi vigilance, has come to be a trait bestowed upon modern leaders who reveal themselves to be stubborn in their pursuits. Modern leaders, such as previous British Prime Minister Tony Blair, earned the comparison in 2003 by insisting that British troops enter the controversial Iraqi War. 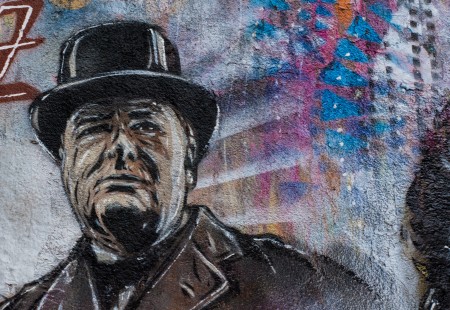 Current Israeli Prime Minister Netanyahu is also displaying a temperament rivaling Churchill’s in his ongoing stance against Iran’s desire for a nuclear program. Another way in which Netanyahu is following in the footsteps of this political giant may be found in the current controversy surrounding Netanyahu’s invitation to speak in front of Congress without consent of President Barack Obama. It is well known that when the British politician visited the White House, it would often result in political scandal.

Churchill is remembered today not only because he participated in such a vast arena of politics, but also for his rather blunt opinions. Although Time Magazine called him the “man of the century” in recognition of his diligence in fighting the Nazis, he was not so well received outside of western civilization. He was quoted as not having a fond opinion of Indians and Palestinians, harsh critiques which would have been based on his time as a soldier in India and the Sudan where he preferred a glass of whiskey to tea and condensed milk.

Gilbert, the author of Churchill’s official biography, which eventually included seven volumes, is also remembered this week. The author passed away on Tuesday after suffering a long-term illness. Gilbert attended Oxford and began authoring Churchill’s biographies after working on the first with Churchill’s son, Randolf. Gilbert wrote over 80 books during his life, which mainly focused on issues surrounding WWII. His most popular were on the famed British prime minister. Additionally, he wrote at length about the Holocaust.

Gilbert’s fascination with Churchill survived long after he worked with Randolf on the first biography. He continued to write them for another 20 years after Randolf’s death in 1968. He was eventually knighted in 1995 for his dedication and service to British history as well as to international relations.

Churchill is not forgotten. His legacy is one of controversy and spunk, but he also encapsulates the importance of tenacity and strength when confronted with forces as daunting as the Nazi party. His steadfast diplomacy while representing his country remains an ideal for today’s politicians, and, thanks to Gilbert, the life of the man considered one of the greatest wartime leaders in the 20th century, contained in the biography he penned about the leader, will educate leaders for years to come.