Measles: The True Cause Behind Recent Outbreaks 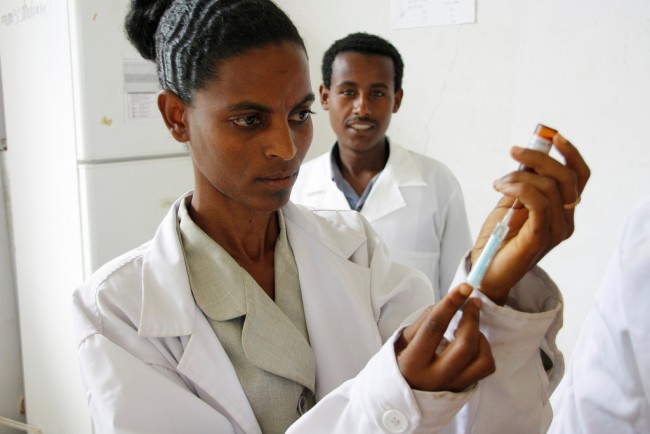 For nearly a decade, there has been an uncomfortably high occurrence of measles across the nation. Mainstream media is erroneously placing blame for these recent nationwide outbreaks on an undeserving group of freethinkers, however an opposing argument exists stating that the true cause behind America’s distress is actually quite different.

Between 2008 and now, this nation has experienced at least a mild outbreak of measles every year, according to a report published by the Center for Disease Control (CDC). During the first quarter of 2015 alone, there have been a total of four outbreaks resulting in the infection of more than 175 people from coast to coast.

Many resources found on the Internet today, including but not limited to CNN and NBC Los Angeles, perpetuate a fear campaign claiming that the reason behind these increased measles outbreaks is linked to an increase in parents refusing to vaccinate their children. The stake is made that the fatal disease travels into the country from overseas and gets contracted and spread by un-vaccinated peoples in highly populated areas. This campaign is particularly strong surrounding the country’s most recent plague of measles linked to Disneyland in December of last year.

The truth behind the matter, however, represents a stark contrast to these fallacious claims. Various medical reports and legal documents published by the CDC and the National Vaccine Program clearly state that a significant percentage of people who did contract measles were, in fact, vaccinated for the disease. A study published in the Journal of Clinical Microbiology irrevocably supports this position as the cause of recent outbreaks.

According to the False Claim official legal report, Merck earned FDA exclusive rights to distribute the vaccine created by Dr. Maurice Hilleman in 1971. This was due to the fact that, at the time, the vaccine was proven to be 95 percent effective in preventing the contraction of the virus. The measles virus used in today’s vaccines, unfortunately, is the same strain of virus used to create the first vaccine in 1967.

The repeated use of the same strain to create 7 million vaccines annually renders the vaccine ineffective. Patients vaccinated with this outdated strain are, essentially, being exposed to the virus via a vaccine with no immunization power, making them much more likely to contract the lethal disease. This virus is further rendered useless because the old strain is unable to protect against a virus that has mutated several times over the course of nearly six decades.

It is for this reason that outbreaks of measles have been on the climb recently. Even if everyone received the vaccination, the occurrence of outbreaks would not decrease because the true cause behind the outbreaks is not being addressed. Until a new vaccination is crafted with the correct strain of the measles virus, it can be expected that these debilitating outbreaks will continue to plague the American people for years to come.

Measles: The True Cause Behind Recent Outbreaks added by hutson.k on March 18, 2015
View all posts by hutson.k →