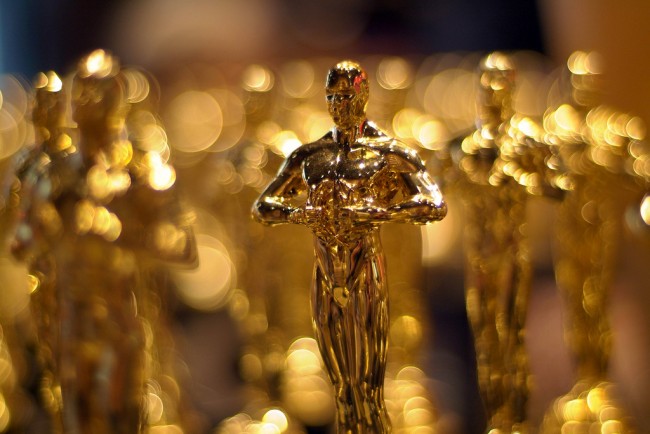 Like every year, the Oscars 2015 had lot of its customary rev-up moments, not to mention the usual histrionics and memes that caught up the heat at the social media. The stars emerged in their dazzling best, unraveling the season’s best designs swearing by the gurus of haute couture. The main teaser of the Oscars 2015 event was the remarks by some of the stars, including winners drawing attention to the current social ball game; among these remarks contained opinions on immigration policy, women’s equal wage, NSA leak and racial profiling to name a few.

It is not strange how celebrities never fail to cash in the world’s biggest platform to their advantage, especially calling for a greater cause, and this is what the Oscars 2015 mainly had in focus. One of the most intelligent musings came from the actress Reese Witherspoon, who insisted that the actors on the red carpet be asked more serious and meaningful questions  (backing Parks and Recreation star Amy Poehler’s #AskHerMore campaign) rather than pointless meanderings over what designer the woman is wearing or who they expect to win in each Oscars 2015 category.

The most controversial remark made at the Oscars 2015, however (which riled up the sentiments of millions of immigrants) was actor Sean Penn taking a pick at the best director winner Alejandro Gonzalez Innaritu. His remark centered around Mexican directors winning for two years in a row, and ended in a joke concerning wanting to see Innaritu’s Green Card to determine its validity.

The Oscars 2015 location was also quite impressive, with the massive theatre glittering like lights on Christmas Eve. Indeed, quite a festival of awards it was.

Another spectacle which gathered applause from the Oscars 2015 audience was the speech made by actress Patricia Arquette  who raised her voice in favor of women’s equal wage. In her speech she said “To every woman, who gave birth to every taxpayer and citizen of this nation. We have fought for everybody else’s equal rights. It’s time for us to have wage equality once and for all, and equal rights for women in the United States of America.”

One of the most stunning performances of the Oscars 2015 night came from Lady Gaga who sang cuts from the classic The Sound of Music, paying her tribute decked out in a silvery attire. The tribute in question was made in honor of the film’s 50th anniversary.

All in all, Neil Patrick Harris served as a good host for the Oscars 2015, except for few glitches here and there. What really put the audience in splits, though, was his racial joke: “Tonight we honor Hollywood’s best and whitest – sorry –  brightest.” Another quip popped up was regarding NSA information leaker Edward Snowden, with the dig “Edward Snowden could not be here, for some treason”. It did not quite break the ice, but was interestingly declared funny by Snowden himself. Another hilarious moment of the Oscars 2015 was when Harris appeared on stage in white briefs, in order to do a parody on the film Birdman.

The Oscars 2015 night was full of wins and loses that were both expected and shocking. The following is a list of some of the winners in the Oscars 2015 main categories:

Best Director: The aforementioned Alejandro Gonzalez Innaritu took home the Oscars 2015 prize for Birdman. The film received extremely favorable reviews upon its release, and as of right now has an 93 percent rating on the movie review site Rotten Tomatoes. The film also won Best Picture.

Best Supporting Actor: Veteran actor JK Simmons took home this Oscars 2015 honor for his role in Whiplash. The 60-year-old is perhaps best recognized due to his work in Law & Order.

Best Supporting Actress -Patricia Arquette was awarded the Oscars 2015 title for her part in Boyhood. This movie has also received a Golden Globe Award for Best Motion Picture.

Best Actress – Julianne Moore’s role in Still Alice brought her this award. This film captured people’s attention with its hard-hitting story of a woman discovering she has Alzheimer’s, and must cope with daily life and the struggle the disease brings as a result.

An expensive set, designer outfits and advocating for various causes remained the turning point of the Oscars 2015. The special moments of this event will be relived for many months to come.