Pharrell Williams Will Be Honored as Fashion Icon 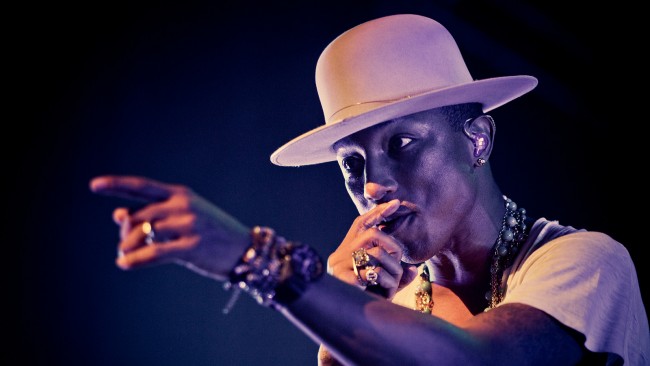 Pharrell Williams, on June 1 at the Lincoln Center, will be honored as a fashion icon for his numerous contributions to the world of fashion. Williams will be awarded with the Fashion Icon Award at the 2015 CFDA Fashion Awards by the prestigious arbiters of what is considered to be fashionable, the Council of Fashion Designers of America.

The many contributions of the Happy singer, Pharrell Williams, to the fashion scene go far beyond his penchant for wearing and rocking cool and quirky hats. His sense of design and style has made an impact on popular culture, both in the United States and also internationally.

Besides being honored for his cool and unique sense of style and his personality, Pharrell Williams has been actively involved with fashion, as he is one of the co-founders of both Ice Cream Footwear and the clothing brand, Billionaire Boys Club. Not only that, but Pharrell Williams has also worked with Louis Vuitton, co-designing eyeglasses and jewelry, and he owns a boutique in New York City.

The hats that Pharrell Williams has worn in the past are probably what most people think of when they think of the rapper’s contributions to fashion. The hat that Pharrell Williams wore at the Grammys a couple of years ago became so famous it even has its own Twitter account. Then, in 2014 at the Grammys, Pharrell made waves once again, wearing what looked like a bell hop’s hat and wearing shorts that showed off his legs.

This June 1, 2015, Pharrell Williams will be joining the ranks of some elite celebs who have been honored with the label of being a fashion icon. For example, the celeb who was honored in 2014 was Rihanna. She accepted her award wearing a see-through dress. Other celebs who have been honored as fashion icons include Nicole Kidman, Lady Gaga, Johnny Depp, Kate Moss and Iman.

According to the CFDA’s website, the Fashion Icon Award is awarded to someone who has such an awareness of style that he or she has managed to make “a significant impact on popular culture on an international stage.” That definition of individuals who could be chosen as “Fashion Icons” definitely describes the always fashion-conscious musical artist and record producer, Pharrell Williams.

Though the 2015 CFDA Fashion Awards will not be televised, the show can be seen live this coming June 1 on cfda.com. According to the CFDA official site, other awards that will be presented will be “given for design excellence in womenswear, menswear, and accessories as well as extraordinary accomplishments in journalism, creative vision, and lifetime achievement.”

From appearing in a short film for Chanel to wearing a rose-embroidered jacket as he accepted his star on the Hollywood Walk Of Fame, being featured in an Adidas ad wearing a track suit and appearing on the cover of GQ, Pharrell Williams has embodied the word “fashion,” and has shown why he is the perfect person to be honored as the 2015 Fashion Icon. The only other male who has been so far honored with the Fashion Icon Award was Johnny Depp, in 2012.