Abraham Lincoln: 150 Years After His Assassination by John Wilkes Booth

By Leigh Haugh on April 16, 2015Comments Off on Abraham Lincoln: 150 Years After His Assassination by John Wilkes Booth 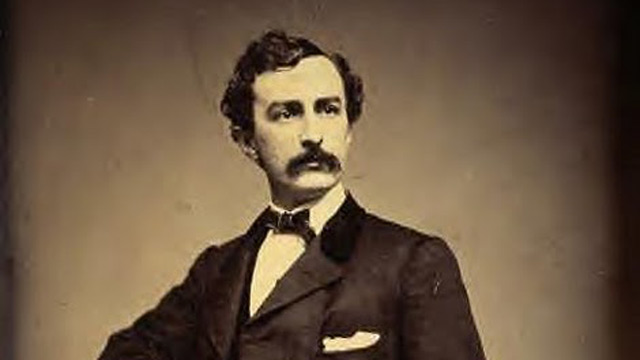 Abraham Lincoln was assassinated at Ford’s Theatre in Washington, D.C. on Apr. 14, 1865. This week marked the 150th Anniversary of the 16th President of the United States’ untimely death. His assailant, John Wilkes Booth, was a well-known American stage actor and member of the prominent 19th Century Booth family from Maryland, who made their name in the theatre world. By the 1860s, Booth was not only a very successful actor, but he was also a Confederate sympathizer, who was vehement in his denunciation of Lincoln, and strongly opposed the abolition of slavery in the United States.

These staunch beliefs lead Booth to take the actions he did at Ford’s Theatre on that fateful night in April 1865. Actions that would ultimately alter the course of American history and the political landscape of the nation. Interestingly enough, Lincoln was not only the first U.S. President to be assassinated, but he was also the first elected on the Republican ticket in 1860. The United States quickly progressed into the Civil War, which lasted from 1861-1865. On Apr. 9, 1865, Confederate General Robert E. Lee surrendered to General Ulysses S. Grant of the Union Army, who would later become the 18th President of the United States, at Appomattox Court House in Virginia. Thereby, ending the rift between the North and South that had torn the nation asunder and effectively ending the American Civil War. Just five days later, Lincoln would be shot and killed by Booth.

Apr. 14, 2015 marked the 150th Anniversary of Lincoln’s assassination by John Wilkes Booth. One hundred and fifty years after Booth’s actions, the course of American history and political landscape of the nation has been changed forever. Lincoln’s last day on Earth was much like any other day. “Honest Abe,” as Lincoln was nicknamed, and his wife, Mary Todd, had plans to attend a production of Our American Cousin that evening. At Ford’s Theater, Southern sympathizer and white supremacist Booth fired a single shot from a .44-caliber Derringer. The bullet penetrated Honest Abe’s brain and lodged behind his right eye. The most significant casualty of the U.S. Civil War died the next morning and became the first President of the United States to be murdered while in office.

Lincoln’s assassination was not the original plan devised by Booth and his conspirators. As the American Civil War entered its final stages, he and several associates hatched a botched plot to kidnap the President of the United States. They planned to take him to Richmond, VA, which was the location of the Confederate capital. However, on Mar. 20, 1865, which was the date of the planned abduction, Lincoln failed to arrive at the location where Booth and his fellow conspirators laid in wait for him. Two weeks later, with the Confederate forces and South in shambles, Booth revised his desperate plan to save the Confederacy. Booth’s new plan involved the simultaneous assassination of Lincoln, Vice President Andrew Johnson, and Secretary of State William H. Seward. By murdering the 16th President of the United States and his two closest successors, Booth and his co-conspirators hoped to throw the U.S. government into chaos.

As this week marked the 150th Anniversary of Abraham Lincoln’s assassination, the untimely death of the 16th President of the United States and the actions of his assailant, John Wilkes Booth, irrevocably changed the course of American history and political landscape of the nation. The search for Booth was one of the largest manhunts in American history, with 10,000 detectives, federal troops, and police mobilized to track down those responsible for Lincoln’s death. On April 26, Union troops surrounded the Virginia farmhouse where Booth and his conspirator, David Herold, were hiding out. During the confrontation, Booth was shot and died three days later from his injuries. Meanwhile, four of Booth’s accomplices were convicted and executed by hanging for their part in Lincoln’s assassination in July of 1865. Two of the conspirators whom paid with their own lives were Herold and Mary Surratt, who was the first female ever executed by the U.S. government. Surratt’s boarding house had served as a meeting place for the would-be kidnappers and debate continues to rage on whether it was in fact Surratt’s son, John, who was the true conspirator involved with Booth and in the plot against Lincoln.