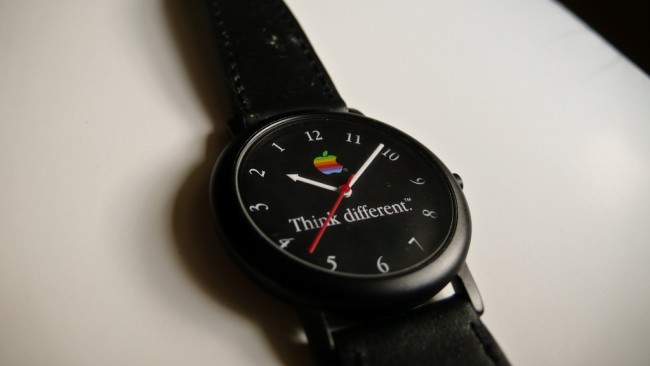 Apple Inc. has announced recently that the new Apple Watch will be available to customers in nine countries like Australia, Canada, France, Germany and the U.S., starting April 24. The Apple Watch will bring a totally new approach to receiving information at a glance, and interacting through third-party apps designed specifically for the wrist. The launch of the new Apple Watch was previewed last year, in September, by one of the company executives, who compared the internal campaign of the watch design with an imagination exercise of being on a Tom Cruise movie set.

In 1984, Apple Inc. launched Macintosh, the first personal computer to be sold without a programming language at all. Its debut was promoted by the famous television ad, set in a futuristic society, modeled after the George Orwell book 1984. The Apple Inc. was created on April 1, 1976, with one of its founders being none other than Steve Jobs. On January 9, 2007, the company became officially how is known by today, Apple Inc. This company name change purpose was to show a change of attitude on the market towards consumer electronics, rather than computers. Apple Inc. is one of the world’s biggest IT company in revenues, after companies like Samsung Electronics, and one of the world’s biggest mobile phone maker.

During his speech at the Macworld Expo on January 9, 2007, Jobs made public that from that point on Apple Computer, Inc. would be known as Apple Inc. This event also marked the launch of the iPhone and since then the continuous upgrade of iPhone models, starting from the iPhone 4 model to the most recent launch of the iPhone 6 and 6 plus models, which helped the company hit records of profitability and share prices.

In July 2011, on the grim background of the US debt crisis, Apple Inc. financial reserves were for a short while more significant than those of the US Government. On August 24, 2011, Jobs resigned as CEO of the Apple Inc. and was replaced by Tim Cook, while Jobs remained the company’s chairman.

After Jobs’ death, the vision of the company and the core values have gradually lost some of the Jobs vision, which himself presented to some top-level employees in an email, just before his death. Apple’s war against Samsung or Google, through creative marketing strategies focused on the client, have switched and somehow become self-preserving through the strategy focused on the product.

If Jobs’ core philosophy was to put a dent in the universe, in a recent interview with Wired magazine, one of the Apple executives bluntly admitted that iPhones are ruining users lives. This is at the center of the motivation for the release of the new Apple Watch, which is coming later this month. However;\, this is a stunning conclusion coming from the company which licensed the modern smartphone. The iPhone is the biggest selling product of Apple Inc., and its one billionth iPhone was shipped last year.

Apple Inc. CEO Tim Cook has announced iPhone 6 and 6 plus as the reason for the highest quarterly profit of a record-breaking $18 billion. Kevin Lynch, the man behind the new Apple Watch, admitted that iPhones have become ‘invasive’ and are taking a significant toll on the psyche.

The new Apple Watch aims to offer new ways to communicate, track fitness goals and give directions, among other things. The product will go on sale on April 24 and comes in two styles and three sizes, has various band designs and can be purchased for prices from $349 to $17,000 in the US.

Apple Inc Watch Out added by Adriano on April 3, 2015
View all posts by Adriano →