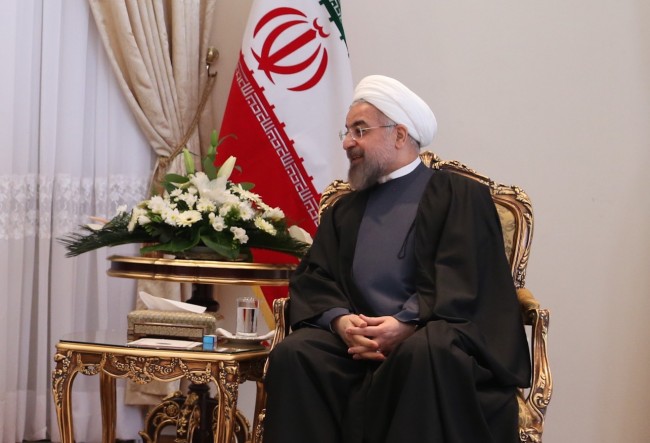 After months of the United States discussing a nuclear deal with Iran, Russia has lifted their own bans on the Middle Eastern nation and is providing them with missile delivery systems. This week, President Barack Obama is challenged with urging the Senate Foreign Relations Committee to draft legislation that will lift U.S. bans that prohibit aiding Iran’s development of nuclear power. This is the first agreed upon step of the nuclear deal the two nations negotiated.

On Monday, Russian President Vladimir Putin signed a decree lifting the ban on providing missile delivery systems to Iran. This deal, struck between Putin and Iranian President Hassan Rouhani, allows for the exchange of oil for goods. Iran will receive S-300 anti-missile rocket systems and Russia will receive oil and wheat. This deal reverses a ban on weapons trading put in place back in 2010, but today the ban lift is seen as a move by the Kremlin to improve economic ties with the Islamic State.

This move is also being seen as Russia trying to get a global head start on the weakening of sanctions that have been placed on trading with Tehran. The deal is expected to be valued at $20 billion and will include 500,000 barrels of oil. A senior government official has commented that, “Russia has started supplying grain, equipment and construction materials to Iran.”

Some experts state that continued push to have Rouhani to become a stronger power regionally and globally should not come as a great to surprise to anyone at this point. In March, Rouhani explained, “[s]ince its inception Iran has [always] had a global [dimension.] It was born an empire.” To many, aiding in this process poses complications, as is obvious in the hesitation coming from both sides of isle in the Senate over the last couple of months. It has become evident that Iran is seeking the position of hegemon in the Middle East and the nuclear program is a means to that end.

Though, the perplexing issue is the assertion that they currently do not hold this status. Some feel people of Tehran, “[have] been more culturally and politically sophisticated than most of the Middle East for thousands of years.” This current situation, which may be considered a “rough patch” in the nation’s history, began only after the rise of the Ayatollah Khomeini clerical regime.

Like most other nations in the region, Iran has been advocating for what scholars and analysis Jonathon Spyer have called the, “time of the militias.” Perhaps Iran’s most successful militia has been Hezbollah. Within the nation, many see the potential for a change in their mentality after the “Supreme Guide” Ali Khamenei dies. This will allow for the Guardian Council and Revolutionary Guard Corp to “reform themselves out of all recognition as the Vietnamese and Chinese Communist Parties have done.”

Russia may have gotten a head start in trading with Iran, providing them with missile defense systems for oil, and Tehran does seems to be gaining trust in the global community as a viable trade partner. It is not completely certain, however, whether the hegemonic intentions of this potentially quite powerful nation are without malice.  For the time being being given the opportunity to become a regional powerhouse.