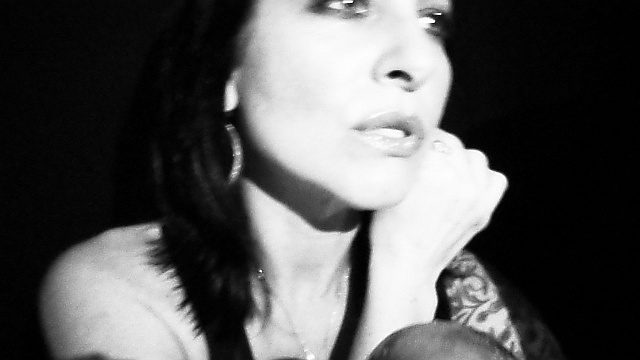 Lovesucker, a cheeky and high-powered nu-soul outfit from North Carolina, released their first album in October, 2014. Aiming for a combination between Alabama Shakes and The Black Crowes, the duo calls their sound “gypsy soul.” Unfortunately this first effort falls flat in almost every respect. From singer Crystal Crosby’s eternally sharp and over-loud vocals to the odd way instrumentalist and producer Zoltan von Bury puts together the tracks, Lovesucker seems to be missing the “love” on this album.

Lovesucker singer Crystal Crosby says she has found the influence for her vocal style in the classic soul and jazz singers of the 50s and 60s such as Etta James and Grace Slick. Unfortunately Crosby is clearly untrained, however, so though she tries to emulate this classic style, she almost always over-sings the vocals, going for power more than substance. The result on most of the tracks is vocals which never change pitch or timbre, and said pitch and timbre are sharp more often than they are on-key. Her lyrics are also difficult to understand due to the thick, possibly affected accent she lays on for most of the songs.

Zoltan von Bury plays all the other instruments on Lovesucker’s debut self-titled album, and he also produced and mastered it. There are multiple problems here as well. Though it is clear that von Bury has skill with the bass guitar and knows his way somewhat around drums, the bass sounds oddly flat and the drums change tempo quite a bit unintentionally. The way the bass is tuned sounds flat, especially in relation to Crosby’s vocals. There is also a vintage-sounding organ in many of the album’s tracks and it seems as though von Bury is not as well-versed in this instrument, and it also does not usually match the rest of the sound.

The production values on Lovesucker’s debut are another issue. It seems as though von Bury was going for a sort of stripped-down freeform sound to match what the band feel is their style and attitude, but there is a sort of tinny, metallic echo to the whole album which was most likely not intentional and makes it sound odd and amateurish. “Letting the music speak for itself” does not always work, and in this case some cleaner production may have softened some of the other issues on the album. 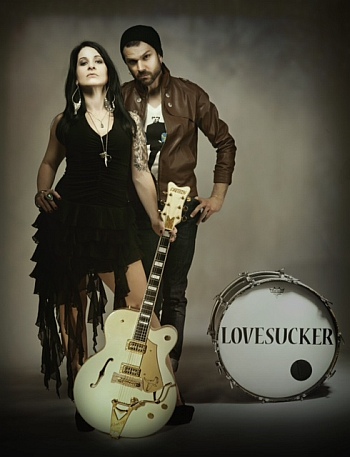 Mississippi is the first single off Lovesucker, and it is an example of the types of issues this duo faces with their music. The band says the lyrics are about the ghost of a slave coming back to haunt his master, but it is difficult to understand what Crystal Crosby is saying in her lyrics with the thick country accent. Here the vocals are more or less on key, but they are so forceful that “screaming” might be a better descriptor for what Crosby is doing than “singing.” The organ as played by von Bury is flat and jangly, possibly meant to create a creepy feeling, but all it really does is make clear his lack of experience with the instrument.

Show Me is probably the closest Lovesucker comes to hitting their musical target on this album. Crosby shows a little bit of promise with her vocals, as she is able to manipulate the pitch and loudness a bit to create a little more variance in her sound. Von Bury has also done something here with the production to soften Crosby’s voice and the strange, canned-sounding echo is also minimized. The funk-influenced bassline he performs is interesting and shows his skill. The lyrics, while maybe not as full of meaning as the duo had hoped with Mississippi, are clear and catchy.

While Lovesucker has a number of problems on their first album, there is some raw talent in both Crosby and von Bury. Crosby’s voice, though untrained, does have good bones and with a little cultivation and understanding of music theory she could easily develop her vocals into a sound worthy of her soul idols. Von Bury has some skill with most of the instruments he plays, but he may do well to bring in a third party for production and engineering.

It is clear the duo were trying to go for a very organic sound to create the “gypsy soul” feeling Crosby is so fond of, but even the most freeform of musical styles needs a little bit of structure. If the duo can rectify the problems on this first album, they may have more successful releases in the future. Lovesucker’s debut album is available for stream or purchase on their Bandcamp page, and they have already released a number of singles on Youtube. Links can be found below in “Sources.”