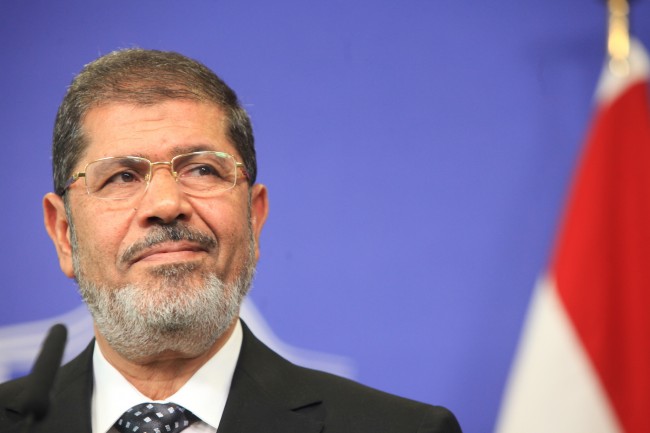 Mohamed Morsi, former Egyptian president, received a 20 year sentence in an Egyptian prison nearly two years after his ouster in July 2013, along with a dozen more of his supporters. All of his supporters either worked in his administration or were part of the Muslim Brotherhood, a Islamic organization considered by many to be a terror groups. Though the judge, Ahmed Sabry Yousef did not explain the reasoning for the ruling in the verdict handed down to the ousted Egyptian president, the charges originated from an incident in December 2012, which took place outside the presidential palace, where bloody clashes between Morsi’s supporters and opposition groups occurred. These riots began with a demonstration held by people who were opposed to Morsi’s attempt to draft a new constitution which imposed Sharia law on Egyptian society. His attempt to use his presidential power to bypass judicial review sparked off protests from secular groups as well as non-Muslims. The riots that took place lasted for nearly 48 hours, and resulted in the death of at least 10 people on either side. Many others were detained illegally by the government, beaten, and tortured. Along with Morsi, the other 12 defendants received sentences.

Each one of the defendents was originally supposed to receive death sentences for the committing of violent crimes, including possession of deadly weapons, and premeditated murder, however these charges were commuted and their sentences were reduced in response to protests from human rights organizations. Defense attorneys for the former presidents and his co-defendants have denied any use of violence or responsibility for the deaths of ten protesters during the riots at the presidential palace.

Morsi, prior to receiving his 20 year sentence, had been jailed in a high-security prison since his ouster. He was flown in by helicopter, and then escorted into a heavily guarded courtroom, where he stood behind a glassed-in sound-proof cage, while the verdict was read. During the delivery of his sentence, the deposed leader along with his cohorts, displayed their party’s four-fingered salute, a reference to a crackdown on pro-Morsi protesters, which took place at the Rabaa al Adawiya mosque. During those riots, supporters of Morsi, mostly Islamic fundamentalists belonging to their leader’s Muslim Brotherhood group, in response to Morsi’s ouster, clashed with the military and opposition to his government, resulting in hundreds of deaths. Following Abdel Fattah el-Sisi’s assumption of power, unauthorized protests have become illegal by law, which has been strictly implemented through the use of deadly force.

Morsi and his supporters insist that the trial is a sham, since as the country’s first elected leader, he still claims to legally be the president and that his ouster was as well as the government of Sisi is illegitimate. Sisi, now the current president, has been determined to crack down on the activities of the Muslim Brotherhood, who although won most of the seats in the 2011 – 2012 parliamentary elections, is considered to be a dangerous terrorist organization. As a result of the crackdowns, since 2013, thousands of members from the Muslim Brotherhood have been jailed, with hundreds more, receiving long prison terms or death sentences. Though Morsi’s sentence of death has been commuted in favor of 20 years in prison, the hearings are not yet over as he may receive a death sentence for other crimes committed during his short and autocratic rule.