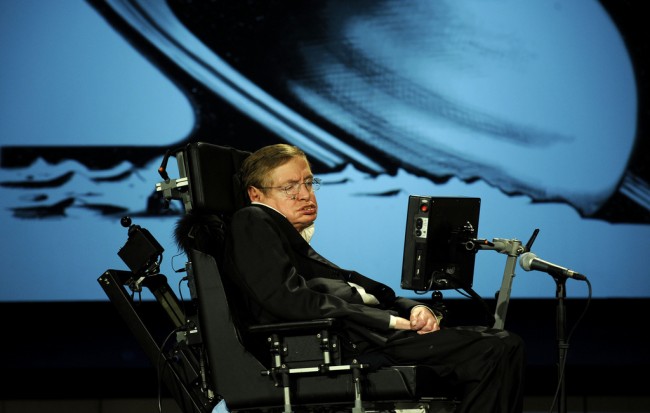 Stephen Hawking has issued a final warning, an ultimatum of sorts, to the entire human race on the planet to either face mass extinction or start living in space. Hawking has warned that humans must go out into space and live there within the next 1,000 years. If this does not happen, the entire race would certainly die out. He was talking about the future of humanity and human civilization, and said that he does not think we would be able to survive another 1,000 years if we did not escape beyond our fragile planet. He emphasized that for our survival, we must continue to go into deep space and that is the only way we could protect our future.

Hawking has issued this ultimatum during one of his talk sessions at the Sydney Opera House. He was addressing the sold-out crowd at the venue from his Cambridge office with use of holographic technology. To finish off the lecture, Hawking reportedly instigated the spell bounded audience to look up at the stars and not down to their feet. He asked them to try to make sense of what they saw by making efforts to understand how the universe works. He also asked them to wonder why the universe exists in the first place. He asked people to remain curious for their entire lives and though things may seem to be difficult at first, there will always be something that each individual can do and succeed. He said that what is most important is for people to not just give up and accept defeat.

Hawking has over time repeatedly warned about the dangers that human civilization finds itself surrounded by today. He has spoken in the past about the dangers of human barbarity and aggression as well as the rise of artificial intelligence. He has now issued an ultimatum to the entire human race on the planet to either face mass extinction or start living in space.

Hawking had mentioned in the month of February, 2015 that the only way to ensure that the human race lives on could be by colonizing other habitable planets as ‘life insurance’ for the entire species. Some members of the audience got the opportunity to ask Hawking about the cosmological effect of One Direction member Zayn Malik leaving the boy band, which resulted in heartbreak for millions of teenage girls around the world. Hawking tried to calm the fans and responded in his typical geeky style that in a parallel universe, Malik was still a member of the boy band and in another; Malik was married to the girl who had asked the question.

At the end of the conversation, with reference to the religiously followed Star Trek series, Hawking said “Beam me up, Scotty!” After that, his image which had been digitally created by filming him with two different cameras, one of which was processing the video and the other displaying it on special technology at the Sydney Opera House, disappeared. Leaving the audience in awe, Hawking has issued an ultimatum to the entire human race on the planet to either face mass extinction or start living in space.