Tim Cook Is One of Time Magazine’s “Most Influential People” 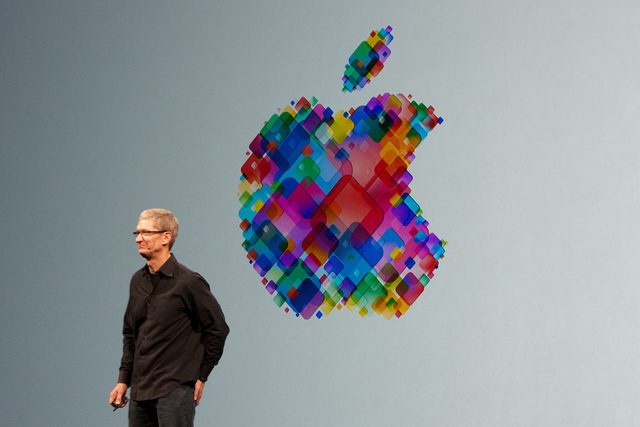 Tim Cook has made a positive mark on his field as the front man of Apple Inc., and named as one of Time magazine’s “Most Influential People.” On Friday, Time magazine announced its 100 most influential people, the ones it sees have an impact on the world.

Time released the list of honorees who are of various backgrounds – artists, activists, leaders and startup founders; putting them into five categories of Artists, Icons, Leaders, Pioneers and Titans. Interestingly, each honoree got a write-up from another influential person, such as, Richard Branson paying homage to Tony Fernandes, CEO of AirAsia; Diane von Furstenberg, a fashion magnate pairs with actress and The Honest Company founder Jessica Alba, while Box CEO Aaron Levie commends Microsoft’s chief executive Satya Nadella.

Apple Inc.’s Chief Executive Officer is a non-entrepreneur, but is among the most “influential people“ in the “Titan” category. Democratic congressman and civil rights leader John Lewis dubbed him as a “courageous innovator,” bringing incredible profits and greater social responsibility to tech titan Apple Inc; setting a new standard for how a business can “do in the world.” Cook was also in the headlines in 2014 when he fearlessly came out as gay.

As Tim Cook is named one of Time magazine’s “most influential people,” he likewise tops in OUT magazine’s list of most powerful queer people in America, dethroning Ellen DeGeneres. The latter lands second place on OUT’s 9th annual Power 50 list. The list looks at LGBTI voices who have the power, as well as how they use it and how it affects others. The list, which OUT released on April 15, has politicians, business people, activists and TV personalities.

Cook was second in OUT’s list last year, and the only CEO in Fortune 500 who is openly gay. The 57-year-old talk show host DeGeneres topped the list last year, and is now replaced by Cook. She is followed by Rachel Maddow of MSNBC and Senator Tammy Baldwin.

OUT’s annual list notes LGBTIs whose voices become most influential in American culture. Its selection is based on various criteria, like media visibility, political clout and how they impact the economy and the public’s outlook on the world.

Also on the top of the list are the names of Anderson Cooper of CNN News on number 5; Chad Griffin, president of Human Rights Campaign on number 7 and Laverne Cox of “Orange is the New Black” on number 9, the lone transgender in the top 10.  Also in the list are Dan Save (number 46), Ellen Page (number 36) and producer of Real Housewives franchise Andy Cohen (number 10).

Larry Kramer, author and legendary activist lands on the list for the first time, on number 33. The 79-year-old saw his play The Normal Heart air on HBO and winning the Emmy. His recent book, The American People: A History was also released.

Tim Cook has indeed made headlines not only for Apple but for himself as well, being one of Time magazine’s “Most Influential People.” In the world of LGBTI, he tops the list, as proven by OUT magazine.