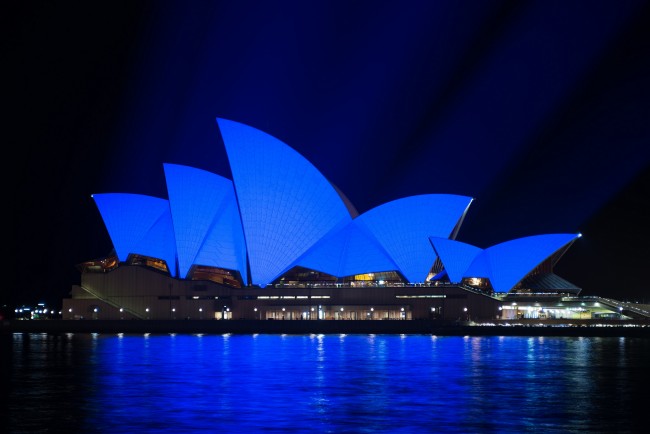 April 2, 2015 is the eighth annual celebration of World Autism Awareness Day. While the entire month of April is dedicated to autism awareness, the second day of the month is to promote learning, education and communication across the entire globe. The day was made official by the United Nations General Assembly as a globally recognized day of awareness. This decision was unanimous, and made in an effort to emphasize the essential need to improve the quality of life of both children and adults living with the disorder. This day is a global movement to help all those living with autism, to live a full and meaningful life.

Autism Speaks has spent the last ten years promoting awareness of the disorder with the Light It Up Blue campaign. This campaign is a joint effort in which places across the world light up buildings, and major attractions with blue lights. Over the past ten years, many different locations have taken part in the campaign. This includes Rockefeller Center in New York City, the Leaning Tower of Pisa, the Sydney Opera House and Christ the Redeemer in Brazil.

For the tenth anniversary of the Light It Up Blue campaign, the locations have extended even farther. Even businesses are getting involved with the Blue campaign. In honor of World Autism Awareness Day on April 2, some of the most famous landmarks around the world, and even out of this world, will be going blue. Some of those places taking part in the Autism Speaks campaign this year, include the Oriental Pearl Tower in China, Trafalgar Square in London, the Metropolitan Cathedral in Buenos Aires, Argentina and even the International Space Station will be going blue.

On top of the monuments and major attractions taking part, there are a number of businesses and even a Light It Up Blue selfie campaign, to honor ten years of Autism Awareness, through the Autism Speaks organization. Some of the businesses and companies taking part include Home Depot, Toys “R” Us of Canada, Phillips and even CBS News. Even the New York City Sanitation Department is getting involved, by putting campaign posters on every single one of their vehicles, in an effort to spread the word about the day.

Although April 2 is the official day for Light It Up Blue, people are encouraged to continue the campaign throughout the entire month. Individuals are encouraged to light up their own homes with a blue light bulb, or even host a blue themed event. Hosting a blue event might be a great way to start one’s own fundraiser to donate to charity.

With April 2 being World Autism Awareness Day, it is a great way to kick off an entire month devoted to the education of this disorder. There are charity drives, campaigns to raise awareness, fundraisers, walks and a number of other events to spread the word about not only what autism is but also how individuals can help. In the meantime, anyone interested in participating in the day of awareness, is encouraged to grab a camera or cell phone, print out the campaign selfie sign, wear some blue (or use a blue light bulb) and take a picture, then take those pictures and share them to social media with #LIUB.