Cate Blanchett’s Carol and the Charlize Therron and Tom Hardy stars of Mad Max: Fury Road are some of the movies that festival goers can look forward to at the 2015 Cannes Film Festival. The 68th Cannes Film festival that began today will go on till May 24. More than 200,000 people usually attend the festival and for the first time in the festival’s history, two people will chair the jury, Joel and Ethan Coen. The Oscar-winning director duo will be joined by American actor Jake Gyllenhaal, Mexican director Guillermo del Toro, British actress 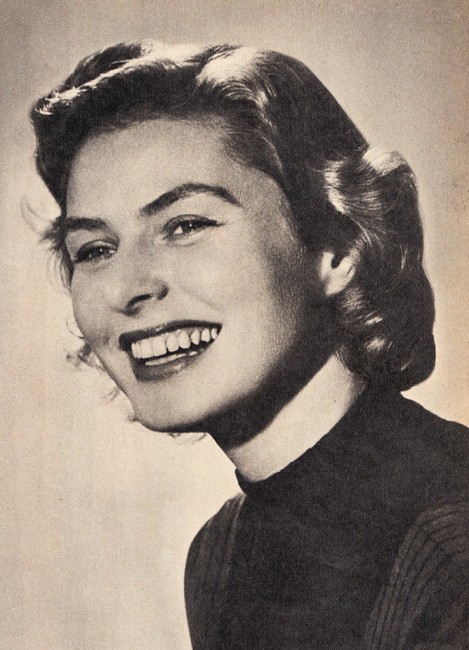 The Cannes Film Festival is paying tribute to Ingrid Bergman, the Swedish Hollywood star ahead of what would have been her 100th birthday this year. The leading lady of the Golden Age of Cinema has been shot in black and white by photographer David Seymour. Bergman herself, lead the Canned jury in 1973. She is seen glancing over her shoulder and smiling in the posters.

She will be represented, in sorts, by her daughter Isabella Rossellini, who is the president of the Un Certain Regard jury. A Swedish documentary, Ingrid Bergman: In Her Own Words will also be featured at the festival.

The Cannes Film Festival’s official line-up is broken into several categories. From films which the jury recognized as exceptional to competing films, Cannes is the center for any film-lover. The main categories are as follows:

The Palme d’Or or the Golden Palm is a 24-carat gold palm laid out on a cushion of cut crystal. French director Agnes Varda is a one woman team. The director will be looking forward to the closing ceremony of the 2015 Cannes Film Festival where, she will be awarded for her contribution and work. She will become the first woman to get the honor.

You Can Take an UberChopper to the Film Festival

Last year the American cab service had offered a private jet service between Paris and Nice. It did not do so well as commuters had to pay nearly $9,000 per plane which could carry four passengers. For this year’s attendees, seven helicopters have been made available via the Uber smartphone app. The UberChopper service will fly celebrities and other festival goers from the Nice airport to the Cannes Film Festival.

It usually takes an hour to get from the Nice airport to Cannes if the traffic is bad, but why wait. For just $180 for four passengers, people will be chauffeured from the airport to the heliport, take a seven minute helicopter ride and then again sit in a limo to get to the festival.

If nothing else, a helicopter trip over the scenic French Riviera should be enough to look forward to at the 2015 Cannes Film Festival. The entrance to the festival though, is not open to all. It is by invitation only. For those who were unable to make it to Cannes, Cate Blanchett’s Carol will be released in January 2016 while Mad Max will hit theatres on May 15, 2015.