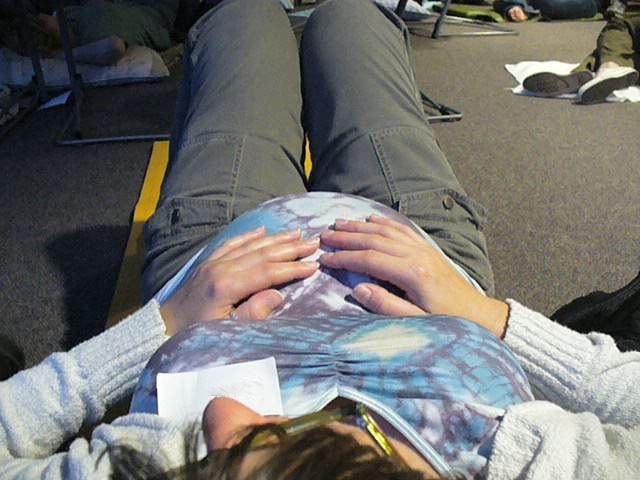 Elisabeth Bing who is best known for starting LaMaze for women in the United States, by guiding the natural childbirth movement, has died Friday in her Manhattan home in New York, she was 100 years old. Her son Peter is the one that discovered that she had passed on. For almost 60 years she taught young women to be more empowered, and make informed decisions about childbirth, which she preferred the term educated childbirth. She started her movement for women at a time when hospitals were cold, and impersonal, women were heavily drugged, and men had to be in the waiting room with nothing to do, but pace back and forth. She pressed for things to change by giving Lectures on LaMaze practices, working with the doctors, and showing women natural childbirth techniques. She found out Dr. Ferdinand LaMaze,a French Obstetrician, started developing relaxation techniques years before,  he was studying, and researching ways to replace anesthesia, which allowed a woman to see her baby immediately after he or she was born.

Bing teamed up with Marjorie Karmel to start the non-profit organization LaMaze International, and the movement to empower women was on the move. In 1967 she wrote a book called Six Practical lessons for an Easier Childbirth, and started getting appearances on the talk show circuit, and gave lectures about LaMaze techniques for women and their husbands. Both her and Krmel  knew the importance of being educated. The techniques were starting to become popular with expected mothers, it was more of a fad, or the thing to do at first, now nearly one-fourth of all mothers to be, and their husbands attend LaMaze classes in the United States.

Bing started by giving LaMaze classes in her home, as well as at hospitals. She kept a collection of American Indian, and Columbian fertility figurines, that were some what appalling, because they were all of nude women giving birth in all kinds of positions. It was her choice to call it prepared childbirth instead of natural childbirth, because her purpose was not to avoid drugs so much, as to allow women to make an informed decision through her LaMaze teachings. Bing believed that childbirth was a changing, and clarifying moment in a woman’s life. In the year 2000 at 86, she told the New York Times that it is a moment you never forget.

Bing was able to change how everyone looked at childbirth. It takes so much concentration, and hard work for women, that she learns how to handle extreme stressful situations by utilizing her body properly. It was also her belief that women should not be entwined in the beliefs of the old school, and be forced to give birth laying on her back, a woman can deliver a baby in any position she chooses too, and her husband, or anyone can be in the room. The main focus of LaMaze is ‘concentrated breathing’ from the start of the contractions. It is very hard work, but with the aid of a partner, It is a little easier.

It is believed that she was born Elisabeth Dorothea Koenigsberger, and was married to Fred Max Bing until his death,  She worked steadily with this movement teaching couples to make informed decisions for  about 60 years before she died, and even though the LaMaze techniques were not her original ideas, she helped develop them in to tools woman needed, and was able to incorporate additional techniques in to his findings through her own research, and throughout her 100 years she has been able to start women moving in the direction of empowerment through her LaMaze classes, which are a common place in hospitals of today, and have been so popular for years they are sometimes taking for granted. Bing was of Jewish ancestry, left her native country of Berlin in 1933, when the Nazi regime was coming to power.

Bing’s movement starting LaMaze classes for women made the breathing techniques a household name, even women who are not  expecting are familiar with the protocol, It was able to help so many women in the delivery room. In the 1950’s, is when her mission started for prepared childbirth classes. Bing helped people to see childbirth as a beautiful moment between a mother and child, and was able to help women start to make informed choices about childbirth with her classes, and changed the way it was viewed.

The New York Times: PUBLIC LIVES: A life of helping women help themselves

Elisabeth Bing Started the LaMaze Movement for Women added by Katherine on May 20, 2015
View all posts by Katherine →