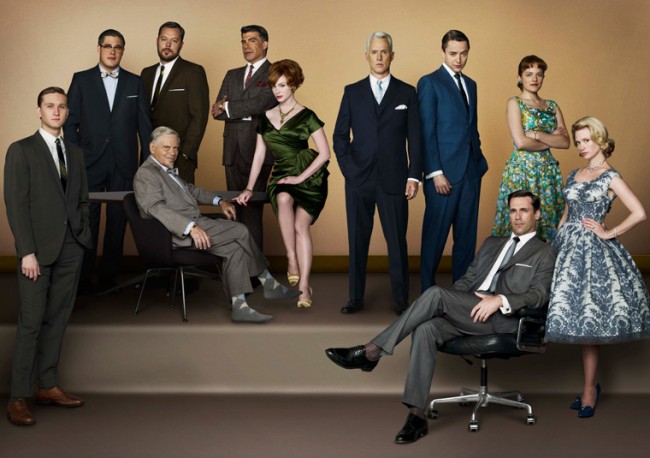 The final season of Mad Men is definitely keeping fans guessing, and the show is talked about a great deal. Fans have tuned in for eight years to follow the escapades of Don Draper and his staff. Mad Men premiered in 2007, and has been hugely popular ever since, according AU Pike. The show has earned multiple awards over the last eight years.

The article stated that Mad Men, which takes place in the 1960’s in America, is a thrilling ride that is filled with entertainment from start to finish. The show may be set in the 1960’s but it has had an impact on later generations as well. People who were born much later have found a way to relate to the show. Different kinds of people and different age groups are drawn to it, and it is appealing to them in some way. The show is set in the past, and the authentic feel of it makes viewers feel a connection. It bridges a gap from then to now and people are drawn to that, as the article mentioned.

Another thing that people seem to enjoy about Mad Men is the fact that it answers a lot of questions that people may have about the past, especially those from younger generations. People are naturally curious about the past and how things were done then, so Mad Men is interesting to them in that regard. Characters on the show have also had to deal with issues that characters on shows set in modern-day have dealt with. It is appealing to some to see how this or that situation would have been handled during a different time. Racism has been a topic shown on Mad Men, as well as alcoholism and sexuality. The show provides a wonderful opportunity to compare and contrast the old society with the new one. The series started out in an exciting manner, and continues to keep fans guessing even after so many seasons.

Mad Men follows Don Draper and the people in his life, as they are faced with life’s challenges and unpredictability. The characters deal with love as well as hate. They are also faced with the regular ups and downs that people deal with all the time. The Huffington Post said that the show really pulls viewers in and has an emotional quality to it that has the power to affect viewers. The article said that it is not surprising that the show has been a hit for so long, considering the fact that it keeps fans guessing and the dramatic events are eye-catching.

The creator of the show, Matthew Weiner, said that he enjoys how much the audience relates to these characters and the investment they have had in the show, this according to The Inquisitr. He feels that they have made a true connection, and finds it interesting that viewers are so concerned with what happens to the characters. Weiner knows that fans have many expectations as the last season is coming to an end, and he hopes that the final season lives up to those expectations.

Weiner has been encouraging fans to keep watching and keep guessing. The Inquistr added that while he wants to live up to the expectations of fans, he wants to keep them guessing as well. He promised that the show will keep growing and changing until the end and will still contain the usual structure of exciting twists and turns. Weiner knows that fans want to see certain things happen on Mad Men before the end, and his answer to that is to just keep watching.

The final season of Mad Men is coming to a close and fans have many expectations. The popular series has touched the lives of many, according to The Huffington Post, and will continue to do so until the very end. The show has managed to both pull viewers in, and keep them guessing.