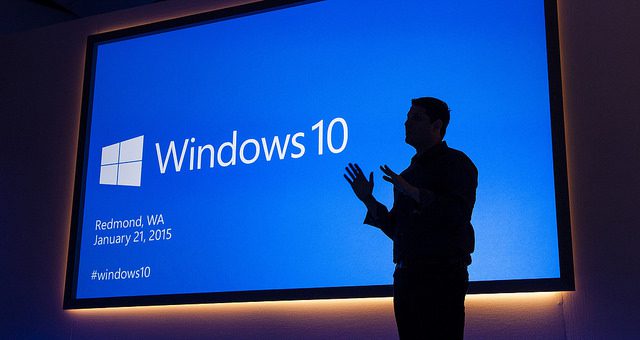 Microsoft Corporation has been revealing developments of their upcoming Windows 10 in their latest Build conference, and recently, is showing another version of the platform, labeled Build 10114, which screenshots leak online. This particular Build includes tweaks of the Start Menu user interface, overhauled Insider app and other minor changes.

WinBeta releases the video and notes that Microsoft Corporation’s Windows 10 version has yet to leak and will not be provided to members of Windows Insider. It shows Start Menu, which has Settings and File Explorer on the bottom. The option to full screen Start Menu is no longer on the top right. Users can do so via the Settings menu.

When in full screen mode, the tiles look a bit larger, while the app list is now inside a hamburger menu (icon consisting of short and identical horizontal lines). As to Neowin’s observation, the layout is similar to that of Windows 8.

Going deeper into the Settings panel has the facility to customize links that display in the Start Menu’s bottom left corner, which goes with the option to turn off the “app suggestions.” Getting a UI refresh is Windows Insider, which has a hamburger menu on its left, plus the specific user’s full profile on the right. User information includes Windows 10 build that is running, user membership duration, and others. The user can enable the “Dark” theme on certain apps like Calculator, Alarm Clock, Volume control, and Settings.

The blue panels seen in the last build, which says it takes care of a few things, and used during setup is still existent. According to Neowin, it may show up again in the next releases.

Overall, the video that shows Microsoft Corporation Windows 10 Build 10114 screenshots leak just says that Redmond is occupied with UI changes and enhancements. However, there are less major fresh features. At this point, Windows 10 builds are putting finishing touches before its release later this year. This means, there will be lesser “new” features in the coming builds.

Meanwhile, the Start Menu became resizable, where the Tablet Mode makes Cortana, Task View buttons, and the Start button growing in space and size, becoming more touchable. For less-than-10-inch tablets, the default behavior of Windows 10 is Tablet mode. Microsoft Solitaire comes with this build, along with the refined Windows thumbnails, close buttons, and icons.

Microsoft Corporation Windows 10 Build 10114 screenshots have recently leaked showing the tech world the developments of Redmond’s upcoming OS. It follows Build 10074, which came with Cortana being integrated into the Start Menu, and which UI got an enhancement. Live tiles were improved, such as new animations and an option to disable them. There are personalized options moved to Settings, and new sounds for multiple actions were applied.