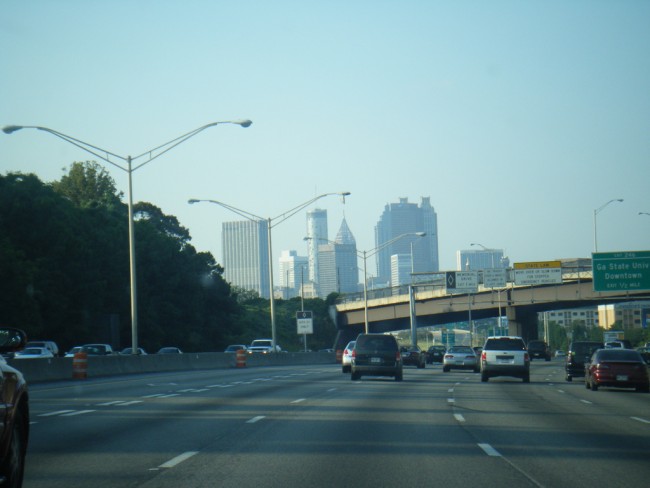 Friday morning saw tragedy strike in Atlanta when a small plane that had just departed from DeKalb Peachtree Airport crashed in the middle of a busy Atlanta interstate highway. Weather conditions were not a factor for the small personal aircraft, a Piper PA-32. According to the local ABC affiliate, the pilot reported having issues upon departure. The plane crashed into the middle of the roadway and ran into the median, almost hitting a truck. The intense fire and smoke prevented any immediate assistance from motorists. All four passengers aboard perished.

Atlanta motorist Don McGhee was driving nearby and described the scene as a bomb going off upon impact. Others who saw the crash reported the plane being in obvious distress before its demise. Massive traffic jams were caused as both sides of Highway 285 were closed by authorities. Preserving the scene is deemed a priority for an investigation into this crash, so lanes of the highway expect to remain closed indefinitely.  The names of the four victims who were killed in the plane crash have not been identified.

Plane Crash Kills Four People on Major Atlanta Highway added by smart.e on May 8, 2015
View all posts by smart.e →