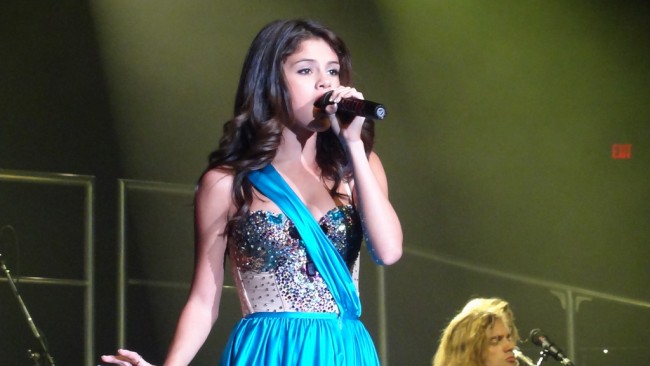 Selena Gomez can not escape her problems with Justin Bieber. The two seem to have a long history of never ending drama, but at the same time they can not let each other go. Their relationship has been on and off for years. They are together one day and the next day are not.

Both Gomez and Bieber are still very young and immature, and are not capable of committing to a serious relationship especially with their professional schedules and commitments. Even when they are apart the drama, rumors and accusations still follow them. Whereever Gomez goes and whatever new relationship she may be in, Bieber and his drama always seems to follow her. Gomez was recently rumored betrayed by Bieber and her best friend, Kendall Jenner; however, she is still set in maintaining a relationship with him, but not with her.

Gomez and Bieber’s relationship has been a roller coaster ride, it just keeps going round and round and does not stop. Since the couple first met in 2009, there have been rumors, paternity claims, break-ups, more rumors, more fights and more break-ups. It seems that with every break-up in the past, Gomez has taken him back afterwards. It never lasts, and the cycle continues. This time may be different, but only time will tell and show how truly hurt she is.

Currently, rumors are that Gomez is dating Zedd and Bieber is in a “friends with benefits” relationship with Kendall Jenner. Both stars are popular today, but the drama just keeps coming. Even though the singer and actress is said to be in another relationship, the devastation of potentially finding her best friend and on-again-off-again boyfriend in bed is hard to take. Gomez seems to be obsessed with Bieber, and still cannot get over him even though she is reportedly in a relationship with someone else.

The singer and actress is said to have found about Bieber and Jenner’s alleged ongoing affair by stopping by his house and walking in on the two in bed together. Gomez is said to be devastated and angry, and rightfully so. Reacting negatively to the whole scenario, the star is rumored to have bombarded Jenner with texts, calling her names and insulting her, Even though the pop star took Bieber back for a few more months, the friendship with Jenner was reportedly destroyed. Gomez is allegedly hurt and humiliated by Bieber and former best friend Jenner, and sources say she feels betrayed.

Apparently, the rumored relationship between Bieber and Jenner has not been an exclusive one; they are just friends with benefits, but Jenner is said to wants more. Now that they are potentially caught, Bieber and Jenner could make their relationship official, if it even exists If they can make it work, this may prevent Bieber from running back to the singer and actress. Tomorrow is another day, and nobody knows what it will hold for these two.

Both singers have each dated other people and it has never seemed to work out, as they have always found their way back to each other. This situation has now changed everything around. This could be a whole new ball game for Gomez and Bieber, and the fans look forward to seeing what is next from these two.

The pop star’s attempts to avoid both Bieber and Jenner were impossible due to the Met Ball on May 4, 2015. The singer arrived at the Ball with Jenner but was solely focused on how beautiful Gomez looked. Avoiding Bieber only made him want her more. The more she avoided him and blew him off, the more interested he became. It is interesting how the two constantly play the cat and mouse game. Gomez was floating on cloud nine, as a result of all the compliment and attention she received from Bieber. The pop star was reportedly betrayed by Bieber and Jenner and that may have ruined both relationships in the end, but only time will tell.