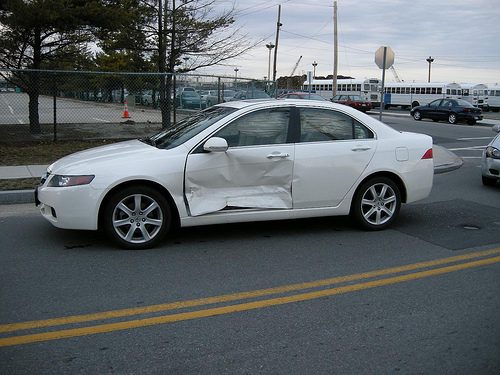 Takata Corporation is now facing the biggest auto recall campaign in the U.S. – a 33.8 million air bags that need to be recalled due to defects made by a subsidiary. The recall move was announced on Tuesday by the Japanese firm itself. Takata, a world leader in automotive systems, is facing the largest consumer product recall ever. It is followed by Tylenol recall case in 1982, wherein 31 million bottles of the pain reliever were recalled following a poisoning scare.

The affected automakers are under heavy pressure by the government to speed up the recall from the 17 million recalled so far. It could take years for the campaign to complete. This recall covers more than 13 percent of all vehicles in the U.S., a recall that surpasses that of Ford Motor Company when 23 million vehicles were sent back due to a transmission problem that was solved with a warning sticker.

According to the U.S. Department of Transportation Secretary Anthony Foxx, Takata air bags caught their attention and that of the National Highway Traffic Safety Administration when the vehicle items were associated with more than 100 injuries and about five deaths. The recall is due to the fact that it can yield dangerous debris when deployed forcefully.

Takata Corporation has not identified the cause of the trouble, though it admitted problems in Washington and Mexico plants. Officials think it has something to do with over exposure to moisture and humidity.

Takata Corporation’s agreement to face the 33.8 million air bags for recall is a big win for NHTSA. The Japanese firm has been avoiding liability of the claims and it took a while for NHTSA to have it finally taking responsibility. Mark Rosekind, NHTSA administrator, praises Takata Corporation for taking a significant step forward.

Takata CEO and Chairman Shigehisa Takada said he is likewise pleased for their agreement with NHTSA, for a clearer path towards safety, as well as, in restoring the trust of the public and automakers. He said that it is clear that the issue is complex and takes time to completely evaluate.

Eleven automakers are expected to recall the defective items to their buyers, with more information on how many cars are actually affected. Takata Corporation increased kits production with 450,000 replacements in March, an increase to the 350,000 in December. They expect to come up with 900,000 kits per month by September. The automotive supplier is also coordinating with other suppliers to have more replacement kits for the customers.

It is confident that the new air bags, which will not be under heat and humidity for long, will be safe. NHTSA’s estimate in April was 12 million vehicles being affected by the defective air bags. The government body levied about $14,000 daily civil penalties against the Japanese company for not responding to information requests. According to Rosekind, the penalties have reached more than a million dollars to date, though it is in temporal suspension until they know further plans.

For the motorists, Rosekind said they can check if their VINs fall under the recall list at www.safercar.gov. If it does, the owner has to take the car to the dealer for a replacement air bag. He said those who think the replacement air bags are not up to par, they have to ask for another replacement.

While officials believe the replacement air bags are safer, they are not sure how long. Rosekind notes that NHTSA will start working with Takata for air bag testing. He said the problem is quite broad, and NHTSA will try hard to give the consumers more information, so that every person gets a safer bag.

Sen. Richard Blumenthal from D-Connecticut calls the recall “long overdue,” saying in an interview he wants NHTSA to require Takata Corporation to share data so other manufacturers can help produce replacements. Fred Upton, Committee chairman of the House Energy and Commerce said this dilemma involves all, and everyone should figure out what triggers the air bag explosions. Meanwhile, D-Florida Sen. Bill Nelson, Commerce Committee top Democrat is hoping that Tuesday’s announcement about Takata Corporation facing the 33 million air bags recall is leading to the end of the Takata air bag saga.