Yemen Is a Country in Crisis 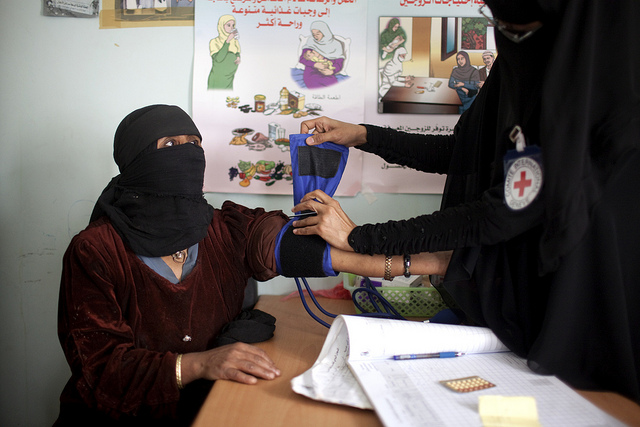 Yemen is a country that is in crisis right now, and has been for over a year. Since the beginning of the war, there have been continuing issues with damage, as well as food and water shortages. Currently, there are over 13 million people who have no access to water. Food is also running very scarce, and the U.N. is beginning to dig into its own wheat resources to help. Right now, there are over 10 ships which are laden with food and supplies that do not have the ability to dock and unload. Blockades are being conducted by the Coalition to prevent the delivery of supplies to the enemy. However, the people of Yemen are suffering due to the lack of supplies, and it is feared that this shortage of supplies could cause an uprising among those who have gone hungry.

April 27, the Saudi Arabian government bombed the main runway in the capital of Sanaa, which was allowing the delivery of humanitarian aid to the city. The action was taken because of the refusal of the approaching plane, after being radioed, to share the reason they were landing. Following this lack of communication, Saudi Arabian authorities decided to bomb the runway.  Saudi Arabia has said they would assist with rebuilding the runway, however, the airport in Sanaa is in control of the Houthis.

Yemen is on the verge of a complete humanitarian crisis while the bombings continue, and there have been continued bombings for over a month. Yemen is the poorest of all of the countries in the Middle East, and Saudi Arabia seems to have an unlimited budget when they are on the verge of complete war. The people of Yemen are currently suffering the most, as they are not able to have access to all of the basic supplies they need to be able to live. The U.N. is doing the best that they can to assist with the situation on the ground, but things are deteriorating quickly.

The United States is also working with Saudi Arabia to keep ships from being able to deliver weapons and other supplies to the rebels. Iran has been in peace talks, seeking the lift of financial international sanctions and a resolution to the nuclear issues that have been a part of the international dialog for over a year. However, while participating in these talks, the United States continues to side with Saudi Arabia, and Iran continues to work with the local Houthis to provide them with aid.  The situation can be described as tenuous at best as the region continues to be on the verge of war, and stability continues to erode.

The continued blockade will result in the further depletion of resources for the people of Yemen and will ultimately lead to more instability in the region. Yemen has currently over 25 million people in the capital region alone who are being affected by the shortage of food, fuel, and water. Traffic lines the streets for hours, causing people to run out of fuel with nowhere to go.

Further actions from the Saudi Arabian Coalition will continue as long as the Houthis remain in control of large areas of the capital. The coalition is working to take back strategic locations with air assaults in an effort to maintain control and keep Yemen from breaking out into war. The Yemeni people, lacking supplies and in the middle of a war zone, do not have many safe havens. As heated discussions with Iran continue and the world waits for a resolution to the conflict, Yemen remains a country in crisis.