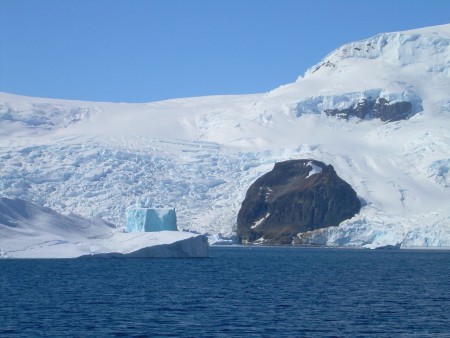 Research has recently been published in the journal Nature, about Antarctica having a diversity of live, rich species living on the frozen desert. Antarctica may provide a better life in the future, as its hidden secrets continue to be uncovered.

Scientists have found that Antarctica’s biodiversity is larger and more diverse than they have imagined, and its structure is interestingly dispersed throughout the South Ocean and continent. Scientists did not find lions or trees; instead they found miniature moss and lichen forests which are still in their two-dimensional phase, along with small animals in an energetic ecosystem. However, researchers warned, “since life is beginning to be found on Antarctica, humans can put enough pressure on the ecosystems and make impactful changes, if a sufficient amount of protection is used when pressure is applied.”

Monash University biologist, Steven Chown, explained the continent’s ecosystem has 15 ecological regions that are different due to their unique hosting species, which are not found in other parts of the world. The species looked the same, lived in different locations throughout the continent, but had distinctive genetics. Hidden secrets continued to surprise scientists and excite them because a better life is well on its way in Antarctica.

Microbiologist, Craig Cary, at Waikato University, and a researcher in Antarctica’s Dry Valleys, discovered thriving ecosystems located in a hostile environment that are microbial organisms. Microbes are a single-cell organism which are known as the oldest life form on Earth, and it is as small as the point of a pin. According to Cray, patches of soil and ice became sterile a couple of decades ago. Cray stated, “once scientists found the single-cell organisms their immediate thoughts were the continent was going to be covered in them. However, researchers were proven wrong when they got a closer look at the ecosystems and saw that the organisms were more complex.”

Although there is still a small amount of microbial organisms living on the continent’s soil, the diversity level of Antarctica’s organisms are much higher than researchers expected, and they have been able to grow some of the organisms in a lab. Cray explained the microbes were surviving masters, even if they stayed dormant for long periods of times. Microbes are known to switch their metabolism on when conditions are good, and they are living in a dry level environment.

Along with the oldest life form on Earth being found on the windy continent, Chown told sources the research team also found richness in the South Ocean. There were 8,000 species found in the deep-sea and on seabeds, but they are being threatened by the waters acidic pollutants. Researchers say the continent’s biodiversity cannot be lost and the oceans acidification is bound to get worse over the years. Another threat researchers believe will harm the ecosystems are alien invasions. Scientists and tourists carry 70,000 harmful seeds on their shoes and clothes when they travel to Antarctica every year. These seeds are dangerous to the two-dimensional species.

Despite the threats that are taking place to the continent’s species, researchers are coming up with ways to protect the new treasures. Researchers believe the organisms will give science a better understanding of how humans and animals really evolved.

A bigger concern is the damage the climate change is doing to the Earth, now that organisms are surfacing on the icy desert that is slowly melting. A better life in Antarctica is well on its way, with more hidden secrets yet to be revealed to researchers and scientists.

Business Insider: Life in Antarctica is richer and diverse