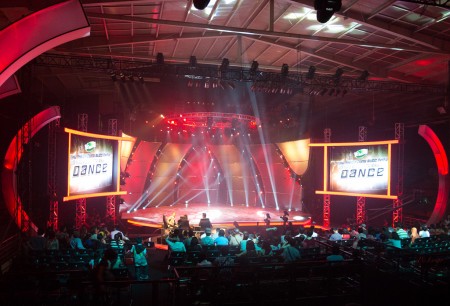 What features brand a video as being viral? Techopedia defines such media as content that is shared rapidly and widely across the internet. These videos may receive over a million views in an extremely short amount of time. Techopedia describes the most effective content as being brief and offering laughs quickly.

So You Think You Can Dance has been on the air for 11 seasons already. Season 12 premiered June 1, 2015 and boasted a new format and judges. In an interview with a veteran of the show, Chelsie Hightower, a SYTYCD veteran, spoke to International Business Times recently and touched on some of this year’s changes. The show has added new judges, Paula Abdul and Jason Derulo. The article indicates there is going to be a new format with challenges pitting stage dancers and street dancers against each other. Hightower comments that the lead mentors for this season are former contestant Travis Wall and Twitch.

The Orange County Register reported So You Think You Can Dance contestant, Courtney Barnes, became an internet sensation after his eyewitness account of an accident. The accident took place in Jackson, Mississippi and involved a police officer being injured in the wreck. Video of this witness features Barnes sporting green hair and an exaggerated browline accented with gold makeup. According to the paper, Barnes’s flamboyant responses to interview questions have gone viral in just a couple of days.

However, The Orange County Register notes Barnes is no stranger to the spotlight. He has auditioned for So You Think You Can Dance more than once. They explain his attempts last year were unsuccessful, but on June 1 this year Barnes was given a ticket to the finals in Las Vegas.

Furthermore, International Business Times claims Barnes is no stranger to the internet and reality TV stage. He has already created YouTube videos of himself, and has several thousands of Instagram followers. However, International Business Times also describes how his recent television appearance has gotten the viral star into trouble. They report Barnes was recognized from his eyewitness video as a shoplifter from Swell-O-Phonic’s surveillance tapes. Sources indicate Barnes was wanted for local parking ticket violations as well.

Nevertheless, Barnes is not the only So You Think You Can Dance contestant going viral on the internet for reasons beyond the show. 247Sports says Ryan Rosinski created a video to celebrate the Cleveland Cavaliers and rally fans in support of the team’s championship run. His video has since gone viral.

The sports reporters explain that The Cavs’ journey through the finals has worked to inspire their fans in many ways. Rosinski’s video is his way of showing support for his team. 247Sports notes Rosinski is an Ohio-native and was a contestant on So You Think You Can Dance season 9.

RAW profiles Rosinski as an already successful YouTube star. His page has over one million views and is award-winning. The site also clarifies that the artist teaches dance classes for all ages at various locations throughout the state of Ohio.

There are even more So You Think You Can Dance stars creating viral internet videos out there. The website PopSugar showcased a professional dancer’s wedding video, featuring two contestants from the show; Travis Wall and Nick Lazzarini were groomsmen, who participated in a choreographed dance at the reception. The site confirms the video went viral following the recent popularity of wedding party dance routines.

The Orange County Register- Reality Check: So You Think You Can Dance Contestant Becomes Viral Sensation

So you think you can dance