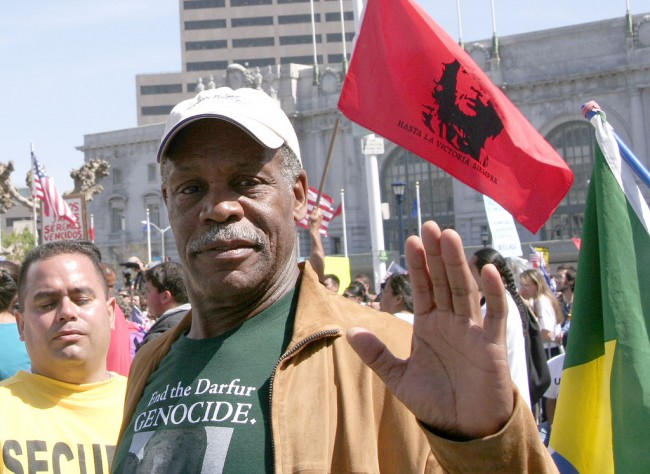 New York is hosting its annual Comic-Con on October 8-11. Many featured actors and entertainers will be participating in the event. It is exciting to say Danny Glover will be at New York Comic-Con as a featured guest.

New York Comic-Con is the largest convention on the East Coast. The event has autograph sessions for fans to communicate with their favorite creator or actor. Comic-Con’s how floor will have the latest and best comics, anime, graphic novels, video games, manga, television shows, and toys. The event will be accessible during professional hours, and it features sneak peeks of television shows and films months before they are released publicly. It is also a marketplace that brings together individuals who are big timers in the entertainment industry. Though it is the second largest pop culture event in the country, it is the only one that participates in the publishing, media, and licensing of Gotham City.

Glover is being featured at New York Comic-Con this year for his roles in Lethal Weapon 1-4, Saw, and Predator 2. Fans will be able to find the actor in the autographing area of the convention on Thursday, October 8, Friday, October 9, and Saturday, October 10.

The acclaimed actor and producer appeared in his first film, Places In the Heart, in 1984. However, he got his big break in Hollywood when he starred in Alice Walker’s The Color Purple (1985), which was directed by Steven Spielberg. He co-starred with Mel Gibson in the Lethal Weapon films, which were released in the 1980s and 1990s. His most recent appearance on the big screen was in 2004’s Saw. Outside of the big screen, Glover has also made appearances on a number of television shows, such as ER and Brothers and Sisters.

While Glover made a big name with his acting career, he found time to become a Goodwill Ambassador for the United Nations in March 1998. The actor was also recognized as an ambassador by UNICEF on Sept. 20, 2004. He is well-known for his philanthropic ideas, as well as his fight against diseases to help find and provide cures, economic development, and eliminating poverty in Third World nations. UNICEF has helped him visit many countries to help orphans and children who are suffering from HIV/AIDS. As an ambassador, he represents the agency with the U.N. through his commitment to human rights. Glover has raised public awareness for UNICEF via traveling to developing countries. While visiting these nations, he focuses on finding solutions for their problems.

Glover’s family were big supporters of activism, which led him to take the path to fight for human rights. His parents were both active members of the civil rights organization known as the National Association for the Advancement of Colored People (NAACP). In 2002, Glover was awarded for his lifetime dedication to raising public awareness when he received the Marian Anderson Award. Although he has not been spotted in many films lately, he has been working as a chairman of the board of TransAfrica Forum, which is an African-American lobbying organization for Africa and the Caribbean. Glover also works for the Vanguard Public Foundation in San Francisco as a member of its leadership team.

While the ambassador helps developing nations around the globe, Danny Glover is still loved by his fans. With New York Comic-Con featuring Glover, it will give him a chance to reminiscence on the times he was saving victims and cities from bad guys in the films he played in, as well as inspire his fans to become activists for world affairs.