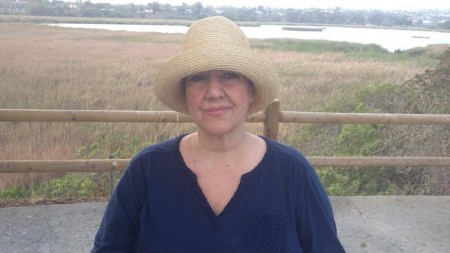 In an unfortunate event that has now captured global attention, a woman was found several months ago in California, unconscious.  Carlsbad police said that on February 1, a woman with an Australian accent was found, and it was later revealed that she has amnesia. Calling herself Sam, after the book of Samuel in the Bible, the woman has lived with no recollection of who she is or who her family is. She can remember certain details of her past life, such as places where she may have visited and things she may have done, but she can not remember the people who were involved in her life or who she really is. The woman has now been diagnosed with terminal ovarian cancer which is now causing her to follow her dreams in a very public way.

Lately, as not everything can be erased from a person’s memory, the woman has been apparently having reoccurring dreams of a man, who she calls a bloke from her Australian charm. She states that she believes this bloke is someone she loved and thinks he could possibly be her husband. Sam has been reaching deeper into her dreams trying hard to find the man’s name but has had no luck in remembering, anything more than what he may possibly look like. Though many wonder how she has been living this long without knowing who she is, Sam is now making a desperate and global attempt to find the man from her dreams, by asking strangers for help.

It was the FBI and the Carlsbad police who have taken an active interest in this woman’s case. After Sam was found, she went through medical care, which is what lead her to learn of her ovarian cancer and is now causing her to follow her dreams in a public way. Doctors say that they believe that it was the antibodies from her tumor that caused her episode of amnesia. According to the Mayo Clinic, amnesia that causes a person to forget their identity is rare. Their article states that amnesia generally affects some past memories and the ability to create new memories. It seems that Sam is not having much trouble creating new memories, however, she is unaware of her past and is hoping that her global attention will soon turn up information about her life.

The FBI fingerprinted Sam and used facial software recognition to try and help the matter. They posted the information up on their websites and announced the issue to news. Social media has also been of large help to Sam. Her dreams have sparked her desire to find the man she may have loved and any family she may still have, as well. Police of Carlsbad are hoping that social media will share Sam’s story and that someone will recognize her. Even the Australian Consulate caught the story, as Sam believes from her dreams and her accent that she may be from that country, after the hospital workers helped Sam create the Facebook page that she hopes will help with her lack of memory. Soon after, news stories in Australia began pouring out and tips began coming in.

With Stage 3 ovarian cancer Sam may have little time left. A sense of urgency is certainly created, hence the reason why the story is spreading so largely. Sam’s dreams have given her some insight into her past, she believes, and she is hoping that the global attention that she has now gained will help bring her answers that she has been searching for. When Sam was found she has nothing on her, but the clothes on her back. With no I.D., no bank card, and no proof of identity no one has been able to identify the Australian woman found in California. However, it is the hope of many that answers are not too far away, with the wonder of social media and the dreams that caused Sam to take a public path to fighting ovarian cancer and finding a way to her family.

Update: Sam has now been identified as Ashley Menatta.