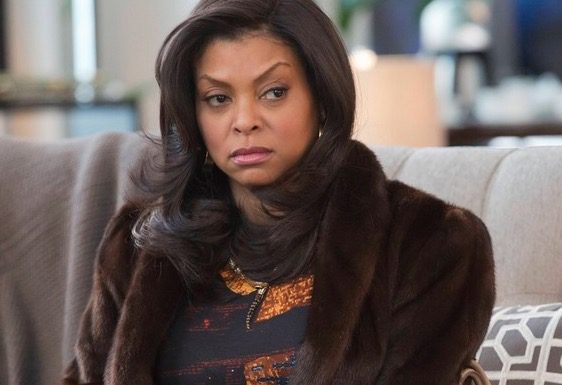 Taraji P. Henson is alleged to be extremely difficult to work with, a report via NaughtyGossip explains. Empire, the hit television show that broke ratings records with its continued rise week by week in viewership, seems to have brought out the worst in the actress, who cast members supposedly struggle to work with over her diva behavior.

It was initially reported that Henson was livid to find out her salary for the program’s second series was matching the likes of Jussie Smollett and Terrence Howard. The 44-year-old allegedly believed that she deserved much more money, stating that the show’s success was purely down to how well she played the character of Cookie Lyon, causing execs to renegotiate the actress’ salary.

But according to NaughtyGossip, now that the famed Hollywood star is believed to have one of the biggest salaries on the show, Henson is taking control in more ways than one; she’s convinced she holds executive producing control to change the program’s dynamic to her liking. Many cast members are reportedly struggling to work with Henson when she behaves like a total diva, as a source affirms that when the show was filming its first series, before having even premiered on FOX, Henson was loveable and really fun to be around. It is heavily insinuated that the popularity of Empire has brought the worst out of her.

“She can be bossy, rude, and extremely controlling. She’s a nightmare,” a source tells the news outlet, adding that Henson is aware of the fact that FOX cannot replace her character. The network thinks that getting rid of any main characters this early on can potentially hurt the success of the show, which is why execs are willing to oblige to the 44-year-old’s demands for now.

The report further alleges that following the wrap-up of Empires’s final episode earlier this year, the actress had made subliminal threats to quit the show in hopes to raise producers’ eyebrows, and potentially offer her money to stay. Fans think that the dynamic on the television program would not be the same without a character like Cookie Lyon, but for Henson to suddenly change now that she has a hit show on her hands will not sit well with loyal viewers.

According to insiders close to the production team, Empire has already started shooting scenes for their upcoming episodes as the show returns in September, and everybody is hoping that Henson can keep her behaviour in check — at least for the sake of the program. Kelly Rowland, Jennifer Hudson, Mary J. Blige and Brandy have all been lined up to star as guest actors on the second series, and not one of these ladies is willing to put up with nonsense. Fans on Twitter are convinced that if any drama was to ignite from Henson’s side, she will not win a fight between somebody like Blige or Hudson, who are known to put up a good argument.