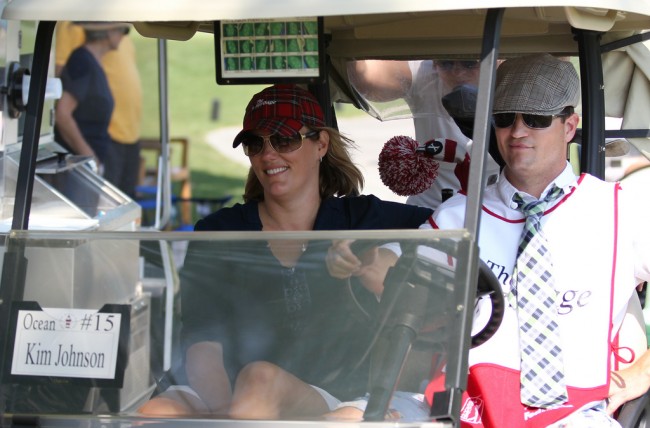 At the British Open on Monday, July 20, Zach Johnson stopped Jordan Spite from swinging strong and driving for three championships in a row. On Sunday, Spieth hit seven birdies and one bogey, but he was not able to make a birdie when he really needed it.  Johnson won the championship in a playoff and surprised everyone.

After being delayed by heavy rains on Friday and strong winds on Saturday, the British Open continued on Sunday, July 19. Amateurs ran the leaderboard, and it was the second Monday finish in the history of the tournament. It was late on Monday when Mark Lieshman, Louis Oosthuizen, and Johnson won the first hole and had a four-hole playoff. The player with the best overall score would claim the Claret Jug. In just under an hour, Johnson became the sixth golfer to win the British Open and the Masters on the St Andrew’s Old Course. The five other golfers to do so are Tiger Woods, Jack Nicklaus, Seve Ballesteros, Nick Faldo, and Sam Snead. It was a pretty amazing win for someone who says he is just a normal guy from Cedar Rapids, Iowa. A tearful Johnson could not find the words during his T.V. interview and at first he could only say, “I can’t – I’m at a loss for words.” He did, however, find the words to express how good it all felt, saying “I’m grateful, I’m humbled, I’m honored; this is the birthplace of the game and the jug means so much in sports, specifically this tournament.”

He said he was repeating Bible verses in his head, and he made sure to publicly thank God, his family

and his friends, in that order. Johnson was able to stop Spieth from making history at the British Open by making a little bit of his own. He made a birdie on the 72nd hole to make the playoff, and he made birdies on the first two playoff holes. Oosthuizen also made a birdie on the first playoff hole, and Leishman made a bogey, making it officially a two-man competition. On the third hole, Oosthuizen made par and Johnson birdied. Next was the 17th hole – the toughest hole at the British Open.  It was a difficult shot, but all three hit drives on the fairway. Johnson hit his approach a little too wide and left, after which he hit it back over to the green and had to settle for a bogey. Oosthuizen missed a chance to make par when he missed a short putt and ended up with a bogey, which left Johnson one ahead going into the 18th hole. Oosthuizen, who needed a birdie to tie Johnson, just missed his putt, which gave the win to Johnson.

Spieth ended the second round only one stroke away from the lead, and although he played really well, Johnson played better in the final round to go all the way. The younger players seemed to be hungrier and more aggressive than the veteran players and appeared to be more focused on the match. Leishman and Oosthuizen were expected to come in second and third, but the hype was placed mostly on Spieth to come within the top three. Johnson surprised everyone by coming in as the winner of the British Open, and in doing so, stopping Spieth from making history.

Zach Johnson Stops Jordan Spieth From Making History at the British Open added by Katherine on July 22, 2015
View all posts by Katherine →