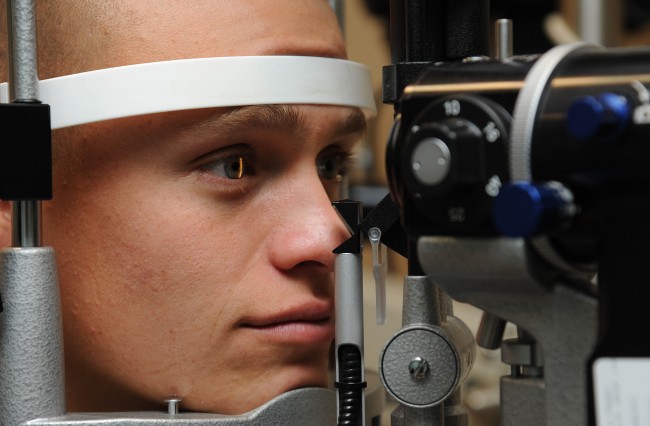 Blame it on cell phones, Game Boys, PlayStations and heavy homework loads. Myopia is affecting teens and young adults around the world in massive numbers. But, a new study suggests that the answer to the adolescent nearsightedness epidemic is, in simple terms, to go outdoors and play.

According to experts, nearsightedness, which is a difficulty clearly seeing distances, not affects an estimated 1.45 billion people in the world. That number is growing rapidly and is expected to reach 2.5 billion, or a third of the current population worldwide, within 5 years. In the U.S. and Europe, myopia affects approximately 50 percent of young adults; that is double the prevalence in the 1960s. In East Asia, the numbers are more dramatic; for example, 80 to 90 percent of high school graduates are nearsighted, whereas only 10 to 20 percent were 60 years ago, according to Nature.

The old stereotype in movies and television had very studious children wearing glasses. While it would nice if reading was the culprit, more and more hours focused on little letters and figures (or Mario, Link, the Master Chief, et al) are probably more to blame. But scientists have been looking for answers to both stem the tide and turn things around.

Noticing that the adolescent nearsightedness problem is worse in cities, experts began thinking the answer to the declining vision epidemic was tied to limited time outdoors. The theory was that balancing close-up work with outdoor activities that use distance vision would help avoid myopia. So researchers at the University of Guangzhou in China developed a study looking at the affect of outdoor play on eyesight. The results suggest mixing more distance vision outdoors into children’s day appears to be beneficial, and were published Tuesday in JAMA.

The research team asked 12 schools to participate in the test for a three-year period. They followed almost 2,000 school-age children in the equivalent of U.S. grades one through 12 for the three years. Six of schools implemented a program that required a compulsory 40-minute session of outdoor play each day. The other six kept their regular schedule, which had less time outside. Parents with children in the schools that implemented the outdoor play were also encouraged to schedule outdoor activities for their children after school, on weekends and holidays.

The researchers found there were 10 percent fewer cases of nearsightedness in the schools that implemented the outdoor-play program. Thirty percent of students at those schools were diagnosed with myopia after the test period (259 out of 853 students). In the schools that did not add more outdoor activity time to children’s schedules, about 40 percent of students (287 out of 726 students) developed myopia. While the percentage difference is not huge, it is significant when you take into account other factors, like family history.

The scientists are not sure why the extra time outside makes a difference, but one theory suggests exposure to outdoor light stimulates the release of dopamine and blocks nearsightedness. Another is just balancing eyestrain and giving eyes a break from close-up work with activities that require distance viewing.

The researchers say their finding that more time outdoors could be the answer to help slow the adolescent nearsightedness epidemic is important since myopia that occurs early usually leads to progressive vision loss. “Thus a delay in the onset of myopia in young children, who tend to have a higher rate of progression, could provide disproportionate long-term eye health benefits,” according to the researchers.