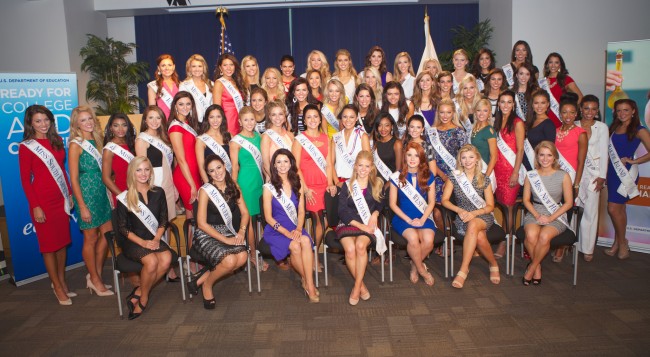 The 2016 Miss America Pageant, to be broadcast live by ABC at 9 p.m. on Sept. 13, has become more of a reality TV Show following reports that Vanessa Williams, the First Afro-American woman to become Miss America and the first to resign after controversial circumstances, will return to the spectacle. Williams returns not only as a judge, but also to be reinstated as Miss America 1984.  According to emerging media reports, the  American Pageant show has been thrown into “crisis mode” as Miss America 1984 prepares to return to the scene of the crime with a gavel in one hand as the head judge, and a crown in the other.

Sam Haskell, the Executive Chairman of the Miss America Organization, is said to have pulled the “Vanessa Williams stunt” so as to draw a larger TV audience for the spectacle.  “Just over 7 million watched last year’s contest compared to 17 million who watched Williams win, or the 27 million who tuned in when Lee Meriwether got the crown in 1954,” wrote Rebecca Traisterin in a recent post.

Amanda Bower, a respected professor of advertising communications at Washington and Lee University in Lexington also added her voice to the issue, saying, “I think the entire point of bringing Vanessa Williams back is the question can it pull people in to watch?” 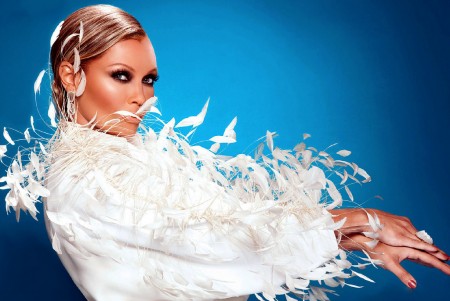 Williams, who was then given 72 hours to resign when her nude pictures were published in Penthouse magazine 10 months into her reign as Miss America 1984, has since shown remorse for her actions.  In her memoir, the enigmatic singer wrote, “I made a terrible error in judgment and I know I will pay as long as I live.”  The scandal left her emotionally drained. She also struggled with a guilty conscience. Williams felt that she “let other women down and the whole black community.”  But in a recent Interview with ABC, the Diva, who has learned from the vicissitudes of her life, acknowledged that, “the dust always settles.”

Presently, the dethroned Miss America is in a buoyant mood to return to the familiar scene of the crime. But this time she will set the rules for the radiant 52 young girls who are trying to live up to the tag, “imminently touchable….yet untouchable.”

Meanwhile, reports coming from the grapevine suggest that there are uncertainties over the Miss America line up.  TMZ has revealed that the Miss America Organization is still at odds with the former beauty queen. They seem to be struggling over who will apologize first.  According to media reports, Vanessa is expected to lead off with her apologize. She is expected to, once again, acknowledge the indiscretions that led to her dethronement prior to her being reinstated.

As the world awaits for a traditionally feminine woman to be crowned Miss America, keen eyes will be glued on contestant number 53.  For Williams, it’s a return to the scene of the crime but this time with a gavel in her tried and tested hands. Williams will be joined by six other celebrity judges, host Chris Harrison, and co- host Brooke Burke. The winner will likely be Miss America who returns to the scene of the crime with gavel in hand.

New York Magazine: Why Vanessa Williams Should Ditch Her Crown Once And For All.

TMZ Live: Who Is Going To Apologize?

Top And Featured Image Courtesy Of the US Department Of Education’s Flicker Page: Creative Commons License.