The Transporter Refueled Races Towards a Low Grade Without Statham

According to the box office reports, The Transporter Refueled, see the trailer below, has not been able to top the cinema charts and has raced towards a lower cinema grade throughout the Labor Day weekend. The EuropaCorp production is projected to engross just less than $10 million, a low figure compared to other productions in its 13 years of production. Movie critics have blamed the sluggish performance of The Transporter Refueled on the notable absence of its lead actor, Jason Statham who was replaced by Ed Skrein.

Arguably, it is the notable absence of Jason Statham that may have contributed to the projected slump in earnings for The Transporter Refueled.  EuropaCorp, took over the fourth series of the Transporter and took the production of the action thriller to France.  Camille Delamerre directed the $30 million dollar movie, which was scripted by Bill Collage, Adam Cooper and Luc Besson. The Transporter Refueled  grossed $2.4 million on the fourth day of the opening of the box office last week. This figure is a far cry when comparing with the other sequels. Transporter 2, which was distributed by 20th Century Fox, grossed $43 million just after four days in 2005.   Although the third release of Transporter cashed in $31 million in 2008, many had not expected The Transporter Refueled  to hit the lowest figures as this. Movie critics have suggested that Ed Skrein, who stars the relatively young Frank Martin, has failed to live up to the macho-man tag of Jason Statham. Ed Skrein (Game of Thrones) might have the model looks but is said to, “lack the charisma of Statham’s tough guy magnetism when talking or waylaying Eastern European thugs.”  He has also been put to task for his relentlessly monotonous performance.”  This has made The Transporter Refueled plummet to a comparatively low-grade mainly because of the absence of Statham. 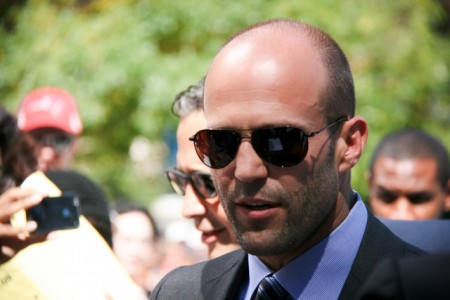 Some observers have apportioned the blame on EuropaCorp studios for, “extending a franchise with the false knowledge that the concept is enough to drive audience members to the theatre.”  It could be fair therefore to assume that the American audience could have some qualms with the technical ability of the French franchise. However despite this, other films have done very well and the domestic summer box office  has since racked in $4.3 billion compared to $3.9 billion last year.  Paul Dergarabedian, a senior media analyst with Rentrak, observes that this is an increase of 7.5 percent which could have been surpassed had, “certain films have lived up to the promise of their pedigree.”  No doubt, The Transporter Refueled is one such movie that has  raced towards a low-grade without Statham,who made the series famous.

It is hoped that the movie’s   fate might be redeemed by the overseas markets as it will open up to European countries next week. As it stands, The Transporter: Refueled has raced towards to an all time low theatre grade without Statham.  Enjoy the trailer below and decide for yourself.

Deadline: ‘Transporter Refueled’ Takes Friday, But ‘War Room’ and ‘Compton ‘Are Duking It Out For No.1- Saturday AM Update

Variety: Box Office ‘Transporter Refueled’ Drives Off With $365,000 On Thursday.